Spare the media, haul up the child: PSMA

Spare the media, haul up the child: PSMA 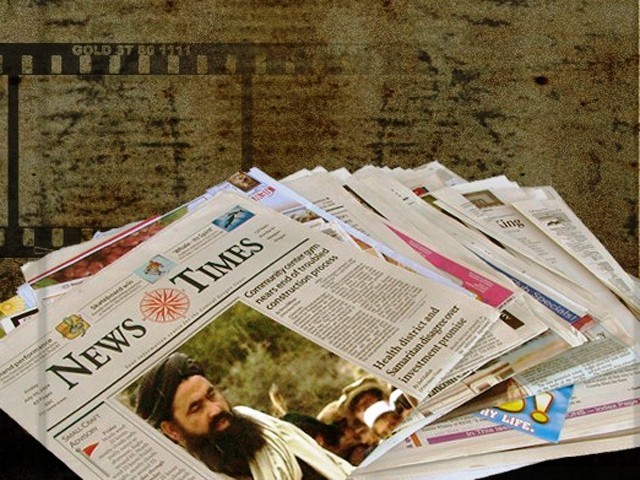 “The tickers that tell the news of suicides, honour killings, fake degrees, sleaziness and the indiscretion of prominent players and dignitaries leave a very negative impact on the minds of the students,” said All Private Schools Management Association central chairman Syed Khalid Shah on Thursday.

Shah strongly criticised the media’s role in promoting negative messages for children. He pointed out that talk shows encourage politicians to fight and be ill-mannered, while disturbing news is reported in an unnecessarily graphic manner.

The educationist also censured advertisements which glorify inappropriate and unprincipled behaviour. Shah expressed the belief that exposure to such content influences children to make poor choices and develop bad attitudes.

The Private Schools Association said that the solution lies in engaging children in activities which encourage the development of positive traits.

The chairman cited scout clubs as an example of an appropriate activity. “Scouting is an activity that inculcates discipline in an individual at the same time as teaching him responsibility and an eagerness to help people,” he said.

The association already offers a scouting club for boys, which has about 5,500 registered members in Sindh. Shah said that the programme hoped to include girls as well, although few schools have expressed interest in Girl Scouts due to social constraints.

Competitive activities, sports, drama and debate were also on the list of activities which the association planned to offer in private schools.

Some ideas included religious programmes in Ramazan, national song competitions in August and cricket tournaments. Although some of PSMA’s activities were postponed due to the floods, Shah hoped that it will soon be able to provide children with creative outlets for development.

The private schools body that was formed in 1985 was registered in 1990 and used to represent all top-notch private schools in Sindh at the time. However, it cancelled the membership of schools that started charging exorbitant fees in 1998 and now represents only those schools that have a fee structure within Rs2,000 per month.    There are around 3,000 member schools of APSMA in Karachi and around 600 in Sindh, said Shah.

350 families get Watan Cards in Sukkur, others are rejected