Aijaz Aslam: Between the realms of fashion and acting

Aijaz Aslam: Between the realms of fashion and acting

The actor talks about the past, presen­t and future.
By Saadia Qamar / Photo: Faizan Islam
Published: February 15, 2013
Tweet Email 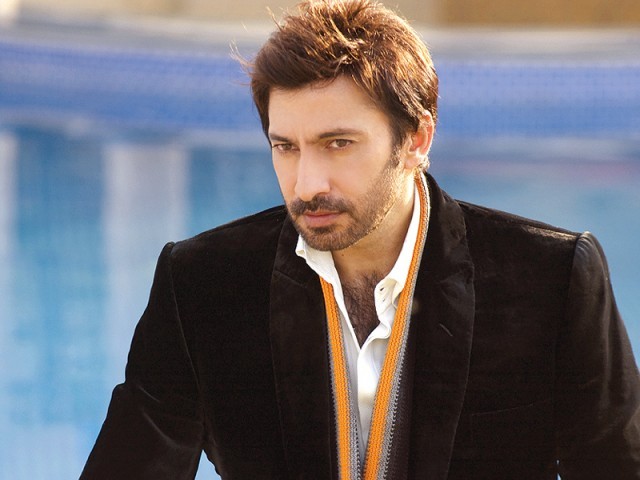 The actor talks about the past, present and future. PHOTO: FAIZAN ISLAM

Aijaz Aslam made his debut in the world of entertainment as a model but today he is much more than just a fashion figurine — he is a designer, a TV producer and has donned many hats in his acting career, be it a serious role or a light-weight comic one. This top-tier actor marked the beginning of his journey in the ‘90s with his role in NTM/STN’s Kashkol and continues to impress with his demeanour and good looks.

“Before I made my debut as an actor in Kashkol with the role of the elder Roosho [two characters called Roosho were present in the play], I was offered the lead role in Fatima Surayya Bajia’s drama Aroosa,” says Aijaz. “But when Bajia called me, I frankly refused.” His reasons for refusal were understandable — his bachelor’s degree was incomplete and he didn’t have his parents’ approval.

Despite the hindrances Aijaz faced, he was destined to be a star. So when he was offered a role in Kashkol, he decided to take the leap; while his mother was still against the idea, his father and sister supported him. Director Kazim Pasha, who approached him, said, “Tum pagal to nahin ho,” for rejecting such an offer which in turn, helped shape his decision. This role served to be a stepping stone in his career.

“That’s how it [my career] started,” says Aijaz, with a smile on his face, reminiscing about Roocho making his entry in the play with its sixth episode. “I didn’t realise its worth back then but this play definitely altered the course of my career.” He became a star overnight and admits his phone did not stop ringing for days — young fans, magazine editors approached him for exclusive interviews. “I received film offers as well but that wasn’t my cup of tea; dancing was a little much for me,” he adds.

Acting and modeling was not his sole passion and purpose, as far as Aijaz was concerned. While he loved to walk on the ramp, he felt the desire to share his fashion sense and style with the world. “I used to model and wear charming outfits all the time and this made me realise I could be an innovator in the field of cuts and style in Pakistan,” he says. “Hence, the idea to start my own label struck me.” He launched his brand, Aijazz, almost 18 years ago.

He takes his role as a fashion designer seriously and has done various courses from the London College of Fashion; his extensive list of loyal clients includes former president General (retd) Pervez Musharraf.

Coming back to fashion shows, Aijaz admits that while he was paid a small amount (Rs3,000) per show back in the day, as time went on, designers started paying him Rs25,000, as his worth grew. “The world of ramp is very different,” he adds, saying he simply adores it. “The response is very enjoyable and I was recognised for it.”

His plans include launching another clothing line A&F with actor and friend Faisal Qureshi, and a sitcom, Teen, which will be aired on ARY Digital soon. The show also stars Qureshi. “There is a comfort level when I work with him — Our timings are classic, expressions are priceless and the understanding is quite mutual. With a new person there is always an adjustment issue,” says Aijaz.”