Bill passed: Free education for all children up to 16 years

Bill passed: Free education for all children up to 16 years 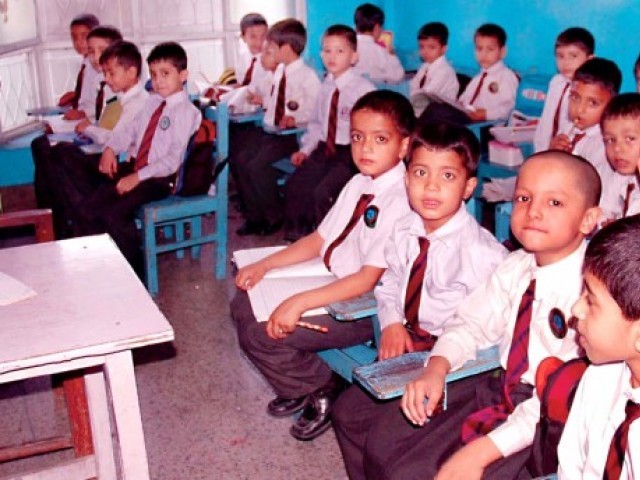 On Wednesday, Sindh became the first province to make a law providing free and compulsory education to all children between the ages of five and 16 years.

Adopting the ‘Sindh Rights of Children to Free and Compulsory Education 2013’ bill, the education minister Pir Mazharul Haq was proud that Sindh has once again taken the lead in implementing Article 25-A of the Constitution, which ensures that education remains a fundamental right of every child.

According to the law, all children whose parents cannot afford to pay for education, or have become victims of terrorism shall be enrolled for free in private schools, where they will form 10 per cent of the total class. Every school will now have to constitute a management committee of government representatives, teachers and school principals to ensure that the policy is implemented. Both the school management and the parents can be fined or imprisoned if the law is not followed, according to the bill. These children would also be exempted from paying any extra fee or expenses that may prevent them from pursuing secondary education.

In order to help the students, the government will also establish a system of grants-in-aid to support the school where these children are enrolled.

In the past five years, Sindh has managed to raise literacy rates by 10 per cent, the education minister told the house. He pointed out that even Ethiopia, Somalia and other under developed countries are spending more on education than Pakistan.

Congratulating the government on this remarkable bill, Muttahida Qaumi Movement’s parliamentary leader Syed Sardar Ahmed stressed that it should be implemented properly. Ahmed, who served as a senior bureaucrat for years, recalled that there used to be good quality education in public sector schools before Partition because access to education was compulsory for all. With the passage of time, however, education levels fell and today, Pakistan stands at 143 out of 180 countries, he said.

Even the opposition leaders appreciated the move. National Peoples Party’s Arif Jatoi suggeste the government give more incentives, stipends and funds to private schools so that the law takes effect soon. Pakistan Muslim League-Functional’s Marvi Rashdi also felt that the bill will reduce the gap between the education systems for the rich and the poor.

Pakistan Peoples Party’s (PPP) Nawab Taimour Talpur suggested that the right of free education should include transgenders as well. Later, Haq read the whole bill at which all the lawmakers thumped their desks and passed it unanimously.

The assembly also passed joint resolutions recommending the provincial government approach the Punjab government to register cases against police officials who had tortured the deputy parliamentarian of the PPP Shaukat Basra.

Meanwhile, four other bills including ones on Sindh Protection of Breast Feeding and Child Nutrition, Education City 2012, Sindh Arms Bill 2013 and Hyderabad Institute of Arts, Science and technology 2013 were deferred.

The session has been adjourned till today, when the Sindh IGP Fayyaz Leghari will explain Karachi’s violence to the legislators in an in-camera briefing.