Food and sun-light (ultra-violet rays to be exact) are the best source­s of vitami­n D.
By Heba Al-Adawy
Published: February 19, 2013
Tweet Email 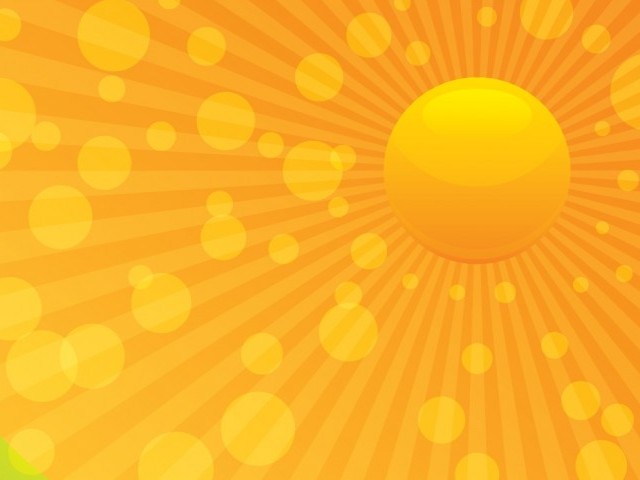 A deficiency could be a result of insufficient exposure to the sun due to excessive sun block. PHOTO: FILE

For a country that gets so much sun, it’s pretty unbelievable that so many Pakistanis are vitamin-D deficient.

The first thing you need to know about Vitamin-D is that it’s not really a vitamin at all! It’s in fact more of a ‘sun hormone’ that is produced naturally in the human body when the skin is exposed to sunlight. Food and sun-light (ultra-violet rays to be exact) are the best sources of vitamin D. In the case of a vitamin D deficiency, the absorption of calcium and phosphorous is reduced, which can adversely affect the strength of teeth and bones. This can lead to conditions such as rickets, osteomalacia and osteoporosis. Since Vitamin D also aids in reducing cancer cell growth, controlling infections, blood pressure and artery damage, a deficiency can increase the risk of diabetes, cardiovascular and autoimmune diseases and cancer. A very common symptom is depression, fatigue and being more asthma-prone.

While a deficiency could be a result of insufficient exposure to the sun due to excessive sun block, an indoors lifestyle or simply wearing the wrong kind of fabric, doctors have also pointed out that in some cases, vitamin D may not be efficiently synthesising in the body.

Get checked: If you have a concentration of vitamin D that is less than 20 nanograms per milliliter, you need to scale up your vitamin D intake. Get a check up, and embark on a deficiency defeating regime.

Fun in the sun: take some time out of your busy schedule to sit under the sun — preferably between 10 am to 3 pm. Twenty minutes of sun-bathing everyday would suffice.

Drink the D: Not keen on sun-bathing? Opt for a glass of vitamin-D fortified milk instead — twice a day. Vitamin D fortified cereals and soy milk could be an option for those who are lactose intolerant, but the fortification of vitamin D milk (regular or soy) is the best guarantee for the intake.

Feed on fish, love that liver: The best sources of vitamin D are fortified foods and vitamin D supplements. Vitamin D3 exists naturally in animal products, and the richest sources are fish liver oils. Foods rich in vitamin D3 include egg yolks, sardines, fortified whole milk, mackerel and beef liver. Mushrooms are good for you too.

Top Up: Taking regular supplements of vitamin D, after consultation with physicians, is also a good way to increase the level of vitamin D in your body.

Take a Shot: For special risk groups, an annual intramuscular injection of a large single dose of vitamin D is recommended.

Stay in a glass bubble: Ultra-violet rays may sound powerful (and scary), but once they penetrate glass, they lose their healing powers. Under a deficiency-defeating regime, sunbathing cannot be done in a glass bubble — at home or in your car.

Measure your Vit D by your colour: Just because you have a tanned complexion doesn’t mean you have enough vitamin D in your body, even though may have been out in the sun. In fact, in certain cases, darker skin tones may require twice the amount of exposure to sunlight to generate the same amount of vitamin D.

Overuse the SPF: Even weak sunscreens (SPF=8) reduce your body’s ability to generate vitamin D by 95 per cent. Sunscreens can actually create a critical vitamin deficiency in the body.

OD on D: An overdose of Vitamin D can result in toxicity, also called hypervitaminosis D. This happens due to megadoses of vitamin D supplements. Though rare, this can result in serious complications, mainly a buildup of calcium in your blood (hypercalcemia), which could result in not just poor appetite, weakness and vomiting, but more serious stuff like kidney problems.

Last, but not least, remember that D also stands for Discipline. A few simple measures to ensure a healthy dose of vitamin D combined with a little bit of discipline will go a long way to prevent the onset of serious health conditions at a later age.