When the Arabs consol­idated their hold on Makran, the Alafis fled east to Sindh, seekin­g refuge with Raja Dahar.
By Salman Rashid
Published: February 8, 2013
Tweet Email 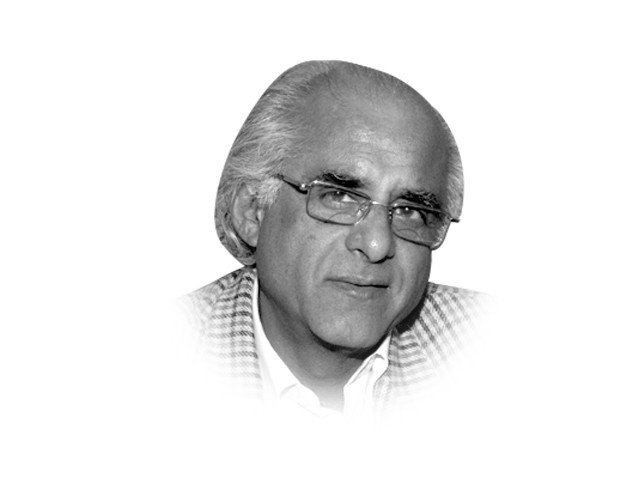 The Alafi tribe of western Hejaz were among the earlier converts to Islam. Since before 680 CE, a large body of them frequently travelled back and forth between their country and Makran. Now, Makran at that time seems to have been very much like modern day Fata. Though part of the kingdom of Sindh under Raja Chach, it appears to have been only loosely held with a substantial foreign element running wild in the country.

In 684, when Abdul Malik bin Marwan took over as caliph, his deputy in Iraq, Hujaj bin Yusuf, appointed one Saeed of the family Kilabi to Makran. The man was entrusted with collecting money from this country as well as neighbouring regions wherever he could exercise pressure.

Somewhere in Kirman on his way east, Saeed met with one Safahwi Hamami. The Chachnama is not explicit about this man, but gives the understanding that while he had “no army under (him)”, he was nevertheless a man of significant social standing. The man may, therefore, have been a merchant.

Armed as he was with caliphal fiat, Saeed ordered Safahwi to join him in his raids. Upon the latter’s refusal, an altercation ensued in which Safahwi rebuked Saeed: “I will not obey your command; I consider it below my dignity to do so.”

An incensed Saeed killed the man. Then he had the body skinned and beheaded, sending the two trophies to Hujaj in Iraq. We hear echoes of this activity today in Fata where beheadings are commonly exercised by foreign ‘guests’. Thereafter, arriving in Makran, Saeed established himself and began his plundering raids.

One day on his travels, he was perchance met by a party of Alafis. Now, these people, distantly related to the Hamamis, harboured a grudge against Saeed for killing their kinsman. What began as a squabble quickly degenerated into a full-blooded melee in which Saeed was killed and his cortege repulsed to Iraq.

Hujaj was infuriated at the loss of a trusted lieutenant. More so, when his party, fearful of punishment, expressed ignorance about Saeed’s fate. Hujaj, well-known for his ruthless cruelty and predilection for torture and murder to elicit information, beheaded a few of the men, upon which the remainder told him of the clash with the Alafis. In retaliation, the governor executed one Suleman Alafi, a local resident who had nothing to do with the affair other than belonging to the same clan as Saeed’s killers.

Hujaj now passed a decree to persecute the Alafis. When he appointed Mohammad bin Haroon as overseer of Makran, he expressly instructed him: “Find out the Alafis, and try your best to secure them, and exact the vengeance due to Saeed from them.” This was the year 704.

With Arab hold consolidated on Makran, the Alafis fled east to Sindh, where their leader Mohammad bin Haris became a close and trusted confidante of Raja Dahar’s. Seven years later, in 711, when the Arabs finally came calling to stay for good, this man became the king’s advisor on all matters concerning the invading army.

So great was the trust reposed in the Alafi that when Dahar placed the man under his son Jaisiah’s command, he instructed the prince to follow every advice forthcoming from the Arab “whether it be (for) an advance, or a retreat”. Living up to this trust, the Alafis gave a fairly good account of themselves in the final battle for Alor (east of Rohri). However, one of their number betrayed the castle in the end: as Jaisiah abandoned the fight and stole away from the fortified city, an unnamed Alafi tied a note to an arrow saying the castle was undefended and shot it into Arab lines.

The Alafi leader with a large number of followers, however, had already fled to Kashmir where he petitioned the ruler for asylum. This seems to have been granted because we read from the Chachnama that the Alafi built many mosques in Kashmir and that he was highly respected in the court.

Now, between 684 when the Alafis murdered Saeed Kilabi and 704 when they fled Makran for Sindh, they would surely have known they were marked. And so, they built themselves a safe haven secreted away in the dusty brown gorges of the Kech Bund.