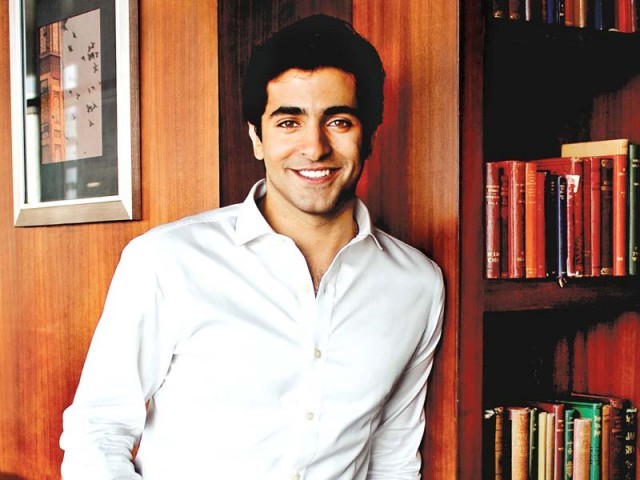 If we went to high school with him, we’re pretty sure he’d be prom king.

Move over Fawad Khan, we’re putting another actor on our hottie throne.  He’s the brand spanking new face on TV who’s giving the tired faces a run for their money. He’s smart (went to IBA for his bachelor’s degree in Finance), extremely talented (watch him in Kahi Unkahi and Zindagi Gulzar Hay), humble (did not do the typical I’m-too-busy-with-shooting routine when we called him for an interview). And did we mention he’s smoking hot?

Why we’re crushing on him

If we went to high school with him, we’re pretty sure he’d be prom king. He was the captain of his debate team, played in the cricket team and didn’t let his grade point average get affected at all.

Unlike other actors who live, breathe and dream of acting, Sheheryar just stumbled on it. He was sitting on a job offer from an excellent multinational after completing his bachelors programme. But instead of just going the normal 9-5 route, he thought he’d take a year-long break and do the kind of fun stuff that he’d reminiscence about when he turns 40. Acting turned out to be one of them. When he told his family, including his elder sister who went to Harvard, there was a lot of trepidation. It was only after he’d promised that he’d act only for a year and then head off for a postgraduate degree that his family agreed. Within that year, he managed to not only work on more than a few drama serials, he’s scored a role in an upcoming Pakistani film Kambakht. We’re now hoping his parents will extend that year to forever, maybe?

Although he’s single right now, he has a pretty tall order for his future significant other. The attributes come in this order: “She has to be smart, witty, a people’s person; should be sensitive, care about animals and you know, the kind who cries at the end of a movie. She doesn’t have to be typically good-looking but the kind who carries herself amazingly well.”

Shehryar is koo-koo for Fatima Bhutto. So if you’ve ever been told that you have the remotest resemblance to Fatima Bhutto, holla’ back at our hottie!

Correction: The original online article mistakenly had Shehryar Munawar Siddiqui added as the author of the post. The error is regretted.