Our lawmak­ers must make laws that affect well-being of large group of young groups who will soon be their voters.
By Tazeen Javed
Published: January 22, 2013
Tweet Email 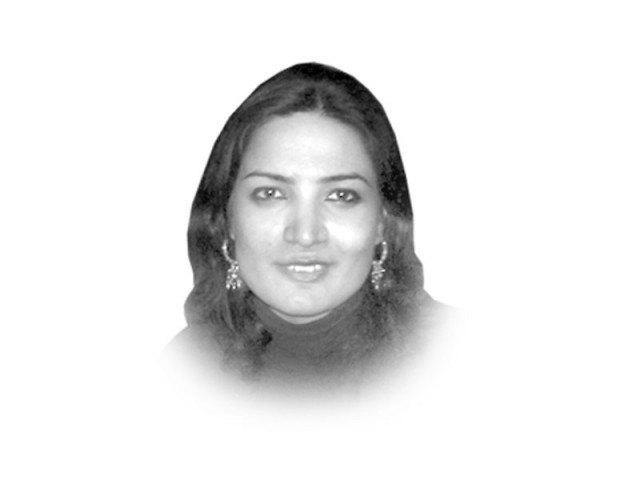 The current session of the Khyber-Pakhtunkhwa (K-P) Assembly has been in session for almost a month; one would think that a lot must have gotten done in the assembly in terms of legislation and discussing matters that affect a large number of people residing in the province. And while a lot did get done, many matters that affected the women of the province were either brushed aside or were not addressed properly.

One case in point is the Elimination of Custom of Ghag Bill 2012. The Elimination of Custom of Ghag Bill 2012 was presented on the directives of the Peshawar High Court to promulgate a law. Under the custom of ghag, any man can publicly declare a woman to be his and that makes her unmarriageable for other men, restricting her right to choose a life partner. The new law makes the act a cognisable, non-bailable and non-compoundable offence.

According to the law, the violators can be punished or imprisoned for up to seven years. Though the original text of the legislation called for punishment of seven to 14 years, the punishment was reduced to the maximum of seven years. This is a clear and present problem in the province and constitutional petitions have been filed to stop the practice and criminalise the offence.

The assembly also reneged on another piece of legislation affecting girls. Ministers, who publicly lent support to the cause of elimination of child marriage, opposed the Child Marriage Restraint Amendment Bill when it was introduced. Though it was moved by a member from the treasury benches, MPA Munawar Sulatana, it faced resistance not only from the opposition members but also from the treasury benches.

The bill aimed to increase the legal age of marriage for a girl from 16 to 18 and the punishment in the Child Marriage Restraint Act. Unfortunately, the bill was opposed, citing the reasons as flimsy, since ‘the approval of this bill will create a new debate and more issues in the province’ to the factually incorrect ones such as ‘there is no age limit for marriages in other Islamic countries’ to the evergreen excuse of rejecting anything progressive by calling it a “western agenda”.

There are certain activities that only adults are privileged to participate in. In most countries, the age for obtaining a driving license is 18 — a time when a person is supposed to have finished high school and attains adulthood. Similarly, the right to choose an elected representative is also reserved for people over the age of 18 because anyone under that age is considered to be too young to fully comprehend the responsibility that comes with voting. If people are supposed to wait till they turn 18 for something as simple as driving and voting, then how come they are allowed to get married at younger ages when they are unable to make informed decisions either about choosing their life partner, starting or raising a family or financially supporting it? The medical complications that underage girls face after early marriages and pregnancies are an altogether different spectrum of the story.

It is about time our lawmakers stopped making the same old excuses of the imposition of  ‘western agenda’ and started making laws that affect the well-being of a very large group of young persons who will soon be their voters. This will not only help in increasing female literacy and improving family planning efforts, but there will be long lasting health and well-being benefits for that section of the population.