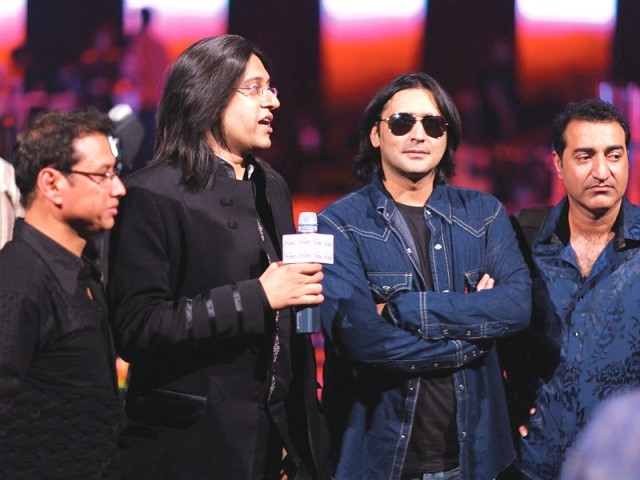 A few days ago, Pakistanis were protesting the sudden return of our hockey players and performers from India. They were sent home as a result of escalating tensions between the two countries in the wake of the LoC clash.

Ahsan Bari, a music composer from the National Academy of Performing Arts (Napa) troupe that went to India to perform a play, is one of the dozens whose shows have been cancelled. “The director and I had planned so much for this performance, you can’t imagine [how it feels],” Bari told The Express Tribune from his hotel in Delhi.

“We were all set to show our neighbours how we play live music and how we interpret the ghazals of maestros like Ghalib, but it all was a waste,” he said. “I’ll jam hard with my friends at the hotel today just to get over the blues.”

Napa was all set to perform Mantorama as part of a theatre festival that had come about in collaboration with the National School of Drama in Delhi. But now that their performances have been called off, they are en route to Pakistan.

Indeed, it is an unfortunate spell for our artists, because not only are their gigs in India being cancelled due to cross-border unfriendliness, the security situation in Karachi has also resulted in the cancellation and postponement of scheduled events.

Saad Haroon’s first three stand-up comedy shows titled Don’t Worry Be Pakistani that were scheduled to take place on January 18, 19 and 20 have been shifted to January 22 onwards. This was Haroon’s first season of fresh stand-up material since his return from the US, but he couldn’t perform due to the recent unrest in Karachi. Unhappy with the way things have turned out, Haroon said, “Karachi has become one big passport office. A dreaded waiting area where you want to blow your brains out, except here someone comes and blows your brains out for you.”

Another gig, Rock Karachi 2013 featuring Zoe Viccaji, Karavan, Ali Azmat and Ali Gul Pir has also been postponed. The concert was originally going to kick off on February 19 at Port Grand.

“Due to the law and order situation in the city Rock Karachi ‘13 has been called off because of security concerns and technical issues,” read a post on Facebook page of the event.

Karavan, a band popular in Pakistan for its live acts, has been performing regularly after its recent patch-up. The band members, too, are disappointed by the way the socio-political turmoil is affecting artists at home and abroad. “It’s a shame when concerts get cancelled/postponed. Fans that have been waiting for weeks are left hanging. As far as the artist is concerned, it’s a loss of revenue and bad news for both the band and the fans,” Karavan guitarist Asad Ahmed said. “Unless law and order is not implemented in this country, people will not feel safe going to public spaces and live events will suffer,” he added.

Comedian-singer Ali Gul Pir’s live shows have also been jinxed. “My show in Hyderabad was cancelled due to the protests on Ishq-e-Rasool day; the ones in Punjab were cancelled due to Tahirul Qadri’s rally and now the one in Karachi has been postponed,” Pir said.

“In my case, even YouTube is banned! So it seems like an ideal plan to suffocate an artist who relies on live shows for his bread and butter,” he said.

Let’s hope that the situation in our country improves and the trend of live shows returns, not only for the sake of our suffering artists and dying music industry, but for the sake of entertainment-starved citizens.