The revenge of ‘democracy’!

The revenge of ‘democracy’!

Whethe­r it is Qadri, Imran Khan or call for justic­e, nation is rallyi­ng around that cry for change that is democr­atic.
By Hina Khwaja Bayat
Published: January 16, 2013
Tweet Email 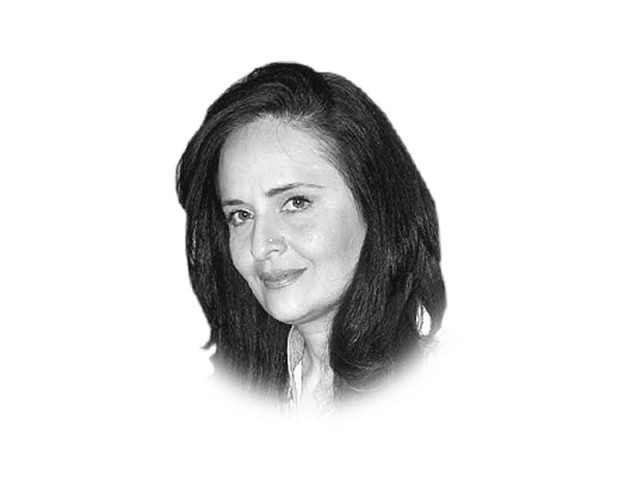 The writer is an actor, anchor and columnist with 17 years of experience in the media industry

Poor democracy! What a joke it has become. Watching the turn of events today, I am stupefied by the response, words and actions of some of our esteemed journalists, analysts and politicians. How long will they keep flogging this dead horse called democracy?

‘Roti, kapra, makaan’ — Zulfikar Ali Bhutto knew where it hurt the common man and today, his platform is being used to hurt the common man exactly where it hurts. Benazir Bhutto once said that democracy was the best revenge and today, her party’s leadership seems to be on some vindictive spree, manipulating the democratic system for its own nefarious gains. Lawmakers, today, are the ultimate lawbreakers!

The law minister defends a tainted prime minister even in the face of a Supreme Court directive. His party workers resort to rioting, looting and violence, defying the honourable Court’s directive; the interior minister carries on in office with callous disregard for citizens dying every day; the chief minister of Balochistan disrespects the dignity of his own constituency as his daughter’s college admission takes precedence over the deaths of his citizens; Shahnawaz Marri and other members of the Balochistan Assembly feel ‘humiliated’ by the notification of governor’s rule in the province and demand its recall, despite failing miserably to protect the lives of those they represent; and amidst all this, the president keeps smiling, safe and secure behind fortified walls. This is the real face of democracy in Pakistan today, where party jiyalas are inducted into every government department to serve their political masters, not the public. How else could Shahrukh Jatoi, scion of a political dynasty, flee the country despite being the main accused in the Shahzeb Khan murder case? Why did it take the intervention of Nabeel Gabol, a PPP MNA, to register an FIR against the Jatois and the Talpurs? How long will the people of Pakistan live under a reign of terror and exploitation by a few families?

Democracy is not necessarily ‘the government’! This is why an honest bureaucrat gets penalised for reporting malpractices to the election commission, when she was actually doing her job. The people of Pakistan have understood this difference and spoken up against it, but unfortunately, some media anchors and journalists have given more thought to the ‘number’ of people in the Long March, not the ‘voice’ that is resonating throughout the country. Let us recall the number of people who responded to Imran Khan’s call for change. Let us start counting the number of people who staged ‘dharnas’ all over Pakistan to show solidarity with the families of the Quetta victims. Let us start adding up the number of people who came out to demand the arrest of Shahzeb’s murderers. Add them up and that is the majority of the public who want REAL change — not a cosmetic one — where the same feudals and looters of national wealth spend billions to buy back their seats in the assemblies. For that change, let us uphold our Constitution which, by clear definition, makes all these candidates ineligible for election and office.

Let us rekindle that hope for change which compelled men, women and children to leave the comforts of their homes and brace hostile conditions 65 years ago, for a dream called Pakistan — that same hope is visible across the country in long marches, dharnas, protests and even the silence of the vast majority. Whether it is Dr Tahirul Qadri, Imran Khan or a call for justice, the nation is rallying around that cry for change that is democratic in letter and spirit. Dr Qadri’s means of bringing about change may be unusual, his agenda may be unclear but his demands clearly reflect the need of the hour — transparency, accountability, equality and assurance of fair elections — all mandatory for democratic change. The advocates of democracy need to understand that merely holding elections is not the solution. Unless there are reforms to ensure a corruption-free democratic process, democracy in Pakistan will remain an unrealised dream!