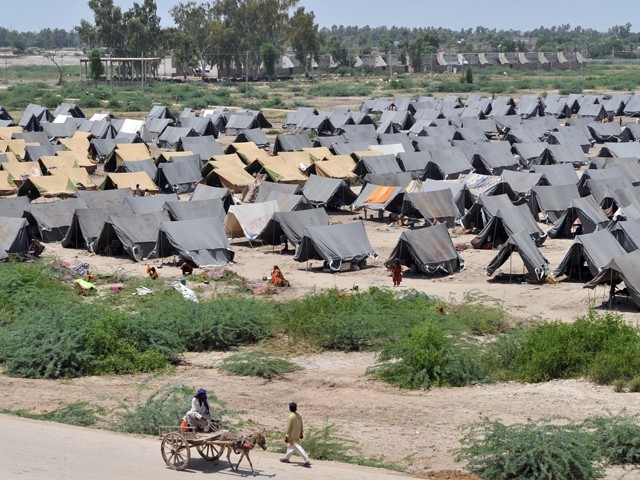 A file photo of the Jalozai Camp. PHOTO: AFP

A jirga organised by a welfare organisation, comprising mostly students, presented demands for the benefit of Mehsud tribesmen displaced from Waziristan, at Haq Nawaz Park on Saturday.

Hundreds of tribesmen participated in an assembly of Mehsud youth to demand that all Mehsud tribesmen should be registered as internally displaced persons (IDPs) since they were forced to flee from South Waziristan as the result of the Pakistan Army operation, Rah-e-Nejaat, against militants in 2009.

The Mehsud youth jirga also demanded that the government should provide alternative education facilities in Tank and Dera Ismail Khan districts to students of government colleges in Ladha and Sam in South Waziristan which have been closed.

The jirga also demanded that the distribution of food and non-food items among Mehsud IDPS should be made transparent and in line with tribal culture and tradition.

President of Mehsud Youth Jamal Shah Mehsud said they would raise their voice for the rights of their tribesmen on every platform because they were passing through a difficult time. The Mehsud youth jirga decided that if their demands were not accepted within a week, they would hold a jirga in Islamabad.