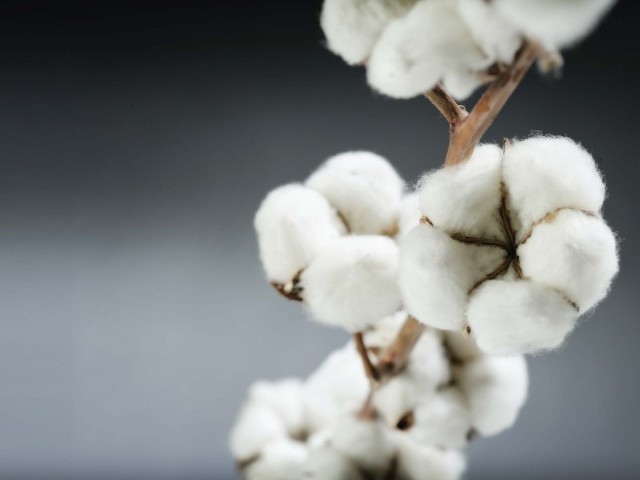 The textile secretary urged the PCGA and other stakeholders to standardise the weight of bales to 170 kilogrammes in the national interest. DESIGN: CREATIVE COMMONS

ISLAMABAD: Pakistan has missed its cotton production target by 1.3 million bales due to the sowing of the crop on a smaller area because of water shortage in the country.

“The government had fixed 14.6 million bales as the cotton production target. The crop has currently been estimated at 13.3 million bales, signifying a shortfall of 1.3 million bales,” Cotton Commissioner Dr Khalid Abdullah told The Express Tribune. He said the main reason behind the shortfall was that the crop had been sown on a smaller area due to the shortage of water.

“At the beginning of the season, the country faced shortage in water supply by 28% of the total requirements. Therefore, cotton was planted on an 8% smaller area,” Abdullah said; adding that the heavy rains and floods in the months of August and September had caused considerable losses to cotton production.

The textile secretary stated that the cotton crop size is assessed on the basis of data provided by provincial governments, the yield parameters of cotton and the arrival patterns in markets. The textile secretary also urged the PCGA and other stakeholders to standardise the weight of bales to 170 kilogrammes in the national interest.

The committee also sought the flood damage reports of provinces where minor damages are not recorded. The committee’s chair emphasised the need to amend regulations which bar the documentation of flood damages on smaller scales.