One of Shahzeb's alleged murderers could have escaped to Australia: Police

Suspect's father claims Shahrukh Jatoi has fled the country. Police suspect he did so on fake documents. 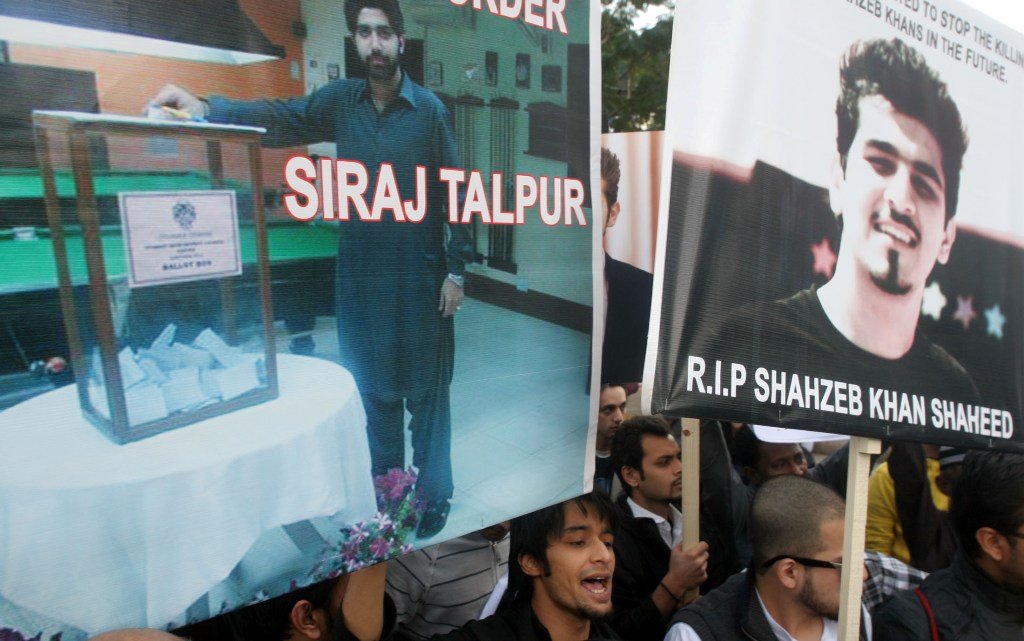 SP Investigation Faizullah Karejo, quoting the Federal Investigation Agency’s (FIA) immigration cell report, told The Express Tribune on Wednesday that there is no available record of alleged murderer Shahrukh Jatoi boarding any flight out of the country on his original passport. “We do not have any confirmation about the escape of Shahrukh, which, if it happened, could happen only on fake documents.”

The apex court has also taken suo motu notice of the murder and police has also prepared their progress report and are due to submit it to the Supreme Court.

Since his murder, investigators have been conducting several raids in Karachi and different parts of Sindh including Hyderabad, Sukkar and Badin. At least two dozen people have been questioned, including Shahrukh Jatoi’s family manager, Mustafa Jatoi, about any possible leads on the whereabouts of the suspects.

“We have questioned a number of people including their servants, watchmen, gunmen and employees,” he said.

“We do not have any major lead from them but we will soon trace them,” SP Karejo vowed. 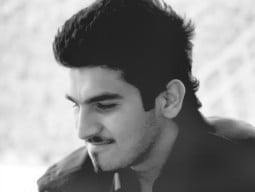 all praise to the almightly allah, jatoi and talpur you will face the same

Pakistan has around 144 districts and every district has 4/5 so called political families / local feudal lords. One can check their historical background, doesn't matter if the present generation is educated or little sofisticated. Since independence these families are in power except short period of ZA Bhutto with little participation of middle class. Majority seats in Parliament are from Rural areas and Urban area politicians have the same feudal attitude. Most of these feudal run parallel government in whole district (in tehsils & villages) controlling police and revenue (thana & Kacheri). Even the justice department is also influenced by them in one way or the other by dictation to lawyers and judges.This elite ruling class is corrupt, cruel, law beaker and criminal in many cases. Nothing will change in Pakistan as long as the Development Funds are being distributed among the elected elite. Politics is the highest profitable business of few hundred people in the country. www.multantimes.com

why police donot arrest kanjr sikandar joti as normally police did. if they went to arrest some one and donot find the suspect they always arrest his relative, like brother, father police must arrest sikandar to get the help of his stupid son's whereabout.

@Shahvaiz Ali: P.S there are a very few families in Pakistan who can come under the label “fuedal” nowadays. No one holds lands large enough to be called a fuedal or a “wadera”

The lands may have been divided but the mindset remains, and it is against this mindset that we should all take a stand!

Shahvaiz Ali | 8 years ago | Reply A few questions to be asked. 1.How can a DSP rank officer which is a Grade-17 post,afford to live in the high end country club apartments in the posh are of the city? 2.Question the neighbors of the flats too and maybe and you will have a record of past enmity between the DSP and the Talpur boy.Clapping is not carried out by one hand.Rarely does one kill a person over such a petty issue,we also live in Karachi.. 3.Why did the police not arrest the murderer on the night of the murder and why was a lapse of at least 48 hours allowed so the murderer could escape easily? 4.Suspend the police officials of Darakshan station on gross negligence and abettment of escape to a murderer and initiate departmental inquiry. P.S there are a very few families in Pakistan who can come under the label "fuedal" nowadays. No one holds lands large enough to be called a fuedal or a "wadera".These words should not be used to stereotype a certain ethnic nation of pakistan and its people.pakistan is a multicultural land and we should respect this.
Omer | 8 years ago | Reply

If these allegations are true, then their punishment should not be short of a very public death penalty.

Both Jatoi and Talpur in question are not exactly "Land lords" a couple of hundred acres of land max. Why is there such a huge emphasis on them being "feudals" when it's apparent they are not even close to Kummi status?

we are watching dis case deeply we wanna justice

Boarded the plane with fake documents? Are the agencies responsible for immigration, customs, FAA and last but not the least PIA were scratching their nuts? They ridicule common person like a "shuder" and when it comes to people with fake documents, well, there is a red carpet waiting for them at every step.

“We have questioned a number of people including their servants, watchmen, gunmen and employees,”

Wow this tells the true story of Pakistan. Don't question the bigger names in the food chains like his feudal lord father but annoy poor people.

KH | 8 years ago | Reply People of Pakistan, lets give support to Shahzeb, these landlords think every mother daughter and sister is their property and they can stare, humuliate and disrespect any one. And their family is sacred to be kept in houses. We want justice period.
Much Amused | 8 years ago | Reply

Take their entire families into custody. The two will surrender within hours.

I don't know why the police can't take custody of Sikander Jatoi, he is hiding a murderer and still giving interviews, this would have been a criminial offense in any other country. He should be included in the investigation or nominated in the FIR as a co-conspirator.

Arrest the father on basis of helping and aiding a wanted murderer to escape the country. WE WANT JUSTICE!

a matter of common sense, he wont stay in australia for long, he wud have started his visa process for multiple locations.police need to check next step. cancel his passport, do something

Why is the police always one step behind? How hard was it to ensure he doesn't leave the country in the first place? This, and the OGRA chief. It's just utterly frustrating to read this.

Sikander Jatoi is lying and creating confusion. His son is very much in PK as during his interview he let it slip that his son's life has been ruined as he is running around hiding in Quetta etc. Sindh Police should smarten up and look into that. Or better still, hand Sikander Jatoi over to Punjab Police and they will make sure his criminal offspring comes out of hiding.