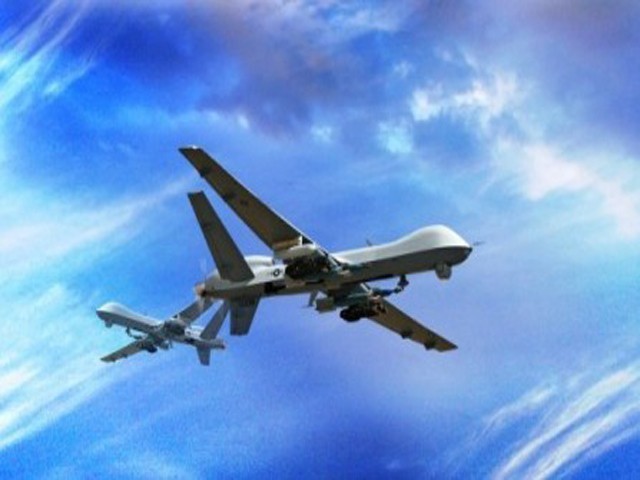 Tribal sources told The Express Tribune that the drone had targeted a compound near the agency’s main town Miramshah. They said that at least four people had died who could not be identified, while AFP reported that six people had died who were suspected to be militants.

“Two US drones fired three missiles. We have reports that six militants were killed,” a security official based in Peshawar said.

Two intelligence officials in Miranshah also confirmed the attack and the death toll. An official said that they did not have reports of any high-value target being among the dead but that Afghan Taliban were present in the area.

“We are trying to find out the nationalities of the people who were killed. An informer told us that there were some Afghan Taliban among the dead but we are investigating,” the official told AFP. The area was mostly populated by Afghan refugees some years ago, a local told The Express Tribune.

“Militants have dug out six bodies. Five people were critically wounded,” a local resident told AFP, requesting anonymity. “They are still digging the rubble, two nearby houses were also damaged,” he added.

Earlier, three attacks had targeted different locations in the agency, killing more than 20 people. More than 1,040 people have been killed in over 100 drone strikes in Pakistan since August 2008, including a number of senior militants.

The attacks have fuelled anti-American sentiments in Pakistan, which have repeatedly come across in surveys conducted by organisations such as the Pew Research Center. The US military, however, does not confirm drone attacks but officials in Washington have said that the drone strikes are vital to protect foreign troops in Afghanistan and have killed high-value targets including former Tehreek-i-Taliban Pakistan chief Baitullah Mehsud, who was killed in a drone strike in August 2009 in South Waziristan.

Recently, the United Nations Special Rapporteur on extrajudicial executions Philip Alston in a report submitted to Human Rights Council said that the drone attacks pose a rapidly growing challenge to the international rule of law.

Tribes clash over water in Kurram