Qadri says he will lead a march to Islama­bad if govt fails to do so.
By Web Desk
Published: December 23, 2012
Tweet Email 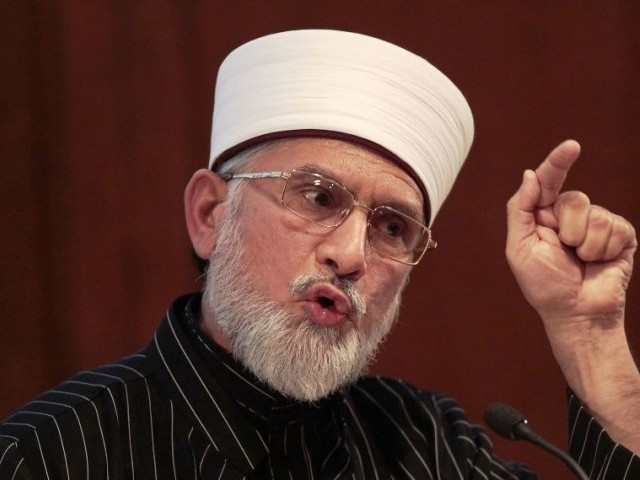 Qadri says he will lead a march to Islamabad if govt fails to do so. PHOTO: AFP/FILE

LAHORE: Allama Tahirul Qadri, head of Minhajul Qur’an International (MQI), said the government should improve the current setup by January 10 or else he will lead a protest march to Islamabad on January 14.

Criticising those in power, Qadri said in order to save the country, the people of Pakistan must decide if they will let corrupt people represent them.

Referring to the recent investigative report on country’s lawmakers who don’t pay taxes, Qadri said such people should not be allowed to become a part of the parliament.

“How can people who themselves break laws be allowed to sit in the parliament,” he said.

He also said that the parliament formulates laws that are in favour of the lawmakers rather than the people of Pakistan.

Speaking about his political plans, Qadri said his entire agenda is in accordance with the Constitution of Pakistan.

He further added that the much-anticipated election should take place but the concerned authorities should ensure it is conducted according to the Constitution.

The leader of MQI had earlier said that he wanted revolutionary changes in political and electoral system of the country.

With Coke Kahani, Mehreen Jabbar highlights the lives of Pakistanis