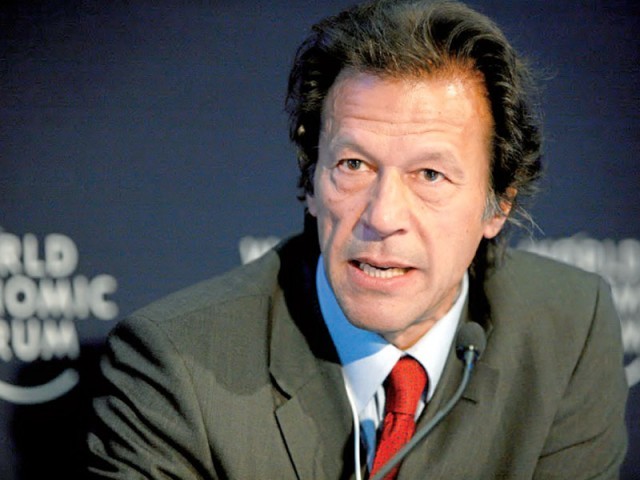 Imran Khan takes a trip around Karachi and reminds people of his agenda against corruption on Saturday. PHOTO: FILE

KARACHI: Pakistan Tehreek-i-Insaf’s (PTI) chairperson, Imran Khan, took a trip around Karachi and reminded people of his agenda against corruption on Saturday.

At the Karachi Airport, Imran said that free and fair elections are needed. “Any foul means may result in terrible outcomes.” Before he visited different areas in the city, Imran addressed businessmen at the Karachi Chamber of Commerce. “It is impossible to make the Tsunami come to a standstill,” he told them, claiming that 80 per cent of the country’s citizens are with him and are waiting for a system of justice in Pakistan. The party’s leaders, including Dr Arif Alvi and Nadir Akmal Laghari, then travelled around the city with him. Imran addressed crowds at Metroville, Baldia Town, Hazara Colony, Sohrab Goth, Korangi and Keamari.

He told them he would not forgive his opponents for their “dirty tricks” and all corrupt people who plundered the masses will be taken to court. “The law and order situation can be controlled in 90 days. PTI is fully prepared to tackle the entire crisis.” He said the party’s plan was to replace government citadels, including Governor Houses, with public libraries and parks.