Rising from the ashes: Capri cinema opens with a [Da]bangg!

Rising from the ashes: Capri cinema opens with a [Da]bangg! 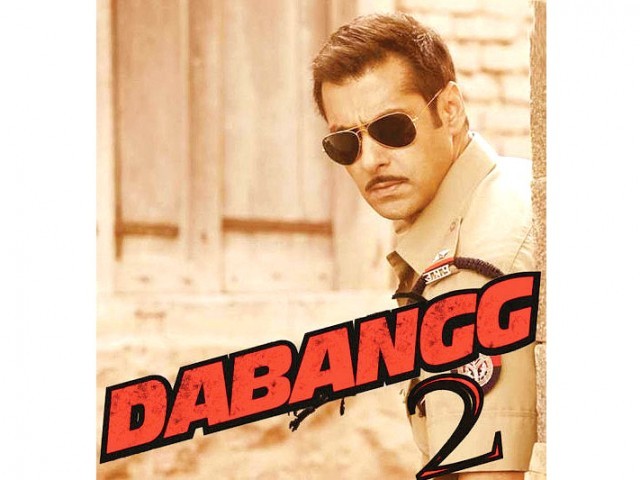 Exactly three months after it was looted and burned in a riot, Capri Cinema will officially open today with Salman Khan’s Dabangg 2.

For weeks, cinema facades were covered with posters depicting the September 21 carnage and asking who would help. On Thursday, bystanders were admiring a massive new billboard for the movie.

Capri’s owner, Chaudhry Asif, smiled as he addressed a press conference at the cinema – it’s newly laid marble still sparkling – on Thursday evening. “They can keep breaking down cinemas – and we will keep building them,” he said.

“This has been a struggle,” Asif said. “With the help of our friends and family, we’ve been able to reopen it.”

Asif was not in Karachi when the city’s iconic cinemas were targeted by mobs. On that day, arsonists and rioters broke open the grilles and beat staff. The rampage, which took place as the country marked a national holiday for Yaum-e-Ishq-e-Rasool, saw prominent cinemas, such as Nishat, Capri, Bambino and Prince damaged and destroyed.

“I came back, and I came here first, and when I went to Nishat, I just sat down. This is my house, and so is Nishat, and everyone here is my family.”

But cinema owners at the press conference sounded a note of caution. The government, they said, must step up and ensure security.

Asif noted that let alone providing any help, there was not a “single phone call” from government representatives.

Mandviwalla said that the DC south had prepared a report on the riots and spoken to cinema owners about the damages. The report, as far as he knows, has been submitted to the government.

While Capri is back in business, its neighbours – Nishat and Prince Cinema – are still closed.

Mandviwalla said that the damage to both was far more extensive than Capri’s, since they had “burned for four to five hours” and the roofs had caved in.

In October, the door to what was once an office at Nishat Cinema was still on its hinges. The glass was gone, as was the roof, screens and projectors. The chairs were made “from the best wood,” said Mukhtar, who worked there for over 20 years.

A hawk flew through the building, in the same space where crowds once hooted, applauded and cried at films. In one room, stacks of posters of the last few animated Hollywood films were charred, stuck together. A charred fire extinguisher clung to a wall.

In the rubble at Nishat were glimpses of the cinema’s rich past. An attendance book from 1981 recorded the daily attendance of the employees at ‘Nishat Talkies’ and their monthly salary, which then ranged in the hundreds. Another damp book, with roaches scuttling over it, was described as a ‘stamp book’ which had entries from July 1963, with meticulously recorded details of amounts paid out.

Employees at Nishat said that several prints of films from the past decade were also destroyed in the fire, including a print of Jinnah, as well as the colour version of Mughal-e-Azam.

Mandviwalla Entertainment’s Nawab Hazoorul Hasan said that Nishat had probably incurred a loss of Rs140 million in the September 21 riots.

“The process of deciding what to do with Nishat will only happen once the insurers assess everything. It could take a very long time,” he said.

The exterior of Prince Cinema presents as bleak a prospect. The large imposing gates are shut, and through the gate one can espy the charred structure, with three workers asleep in the midst of the rubble.

The cinema is currently being the subject of a property dispute case ongoing at the high court.

According to Muhammad Sohail, the manager at Prince, “This tragedy [riots] happened while it was in the court’s custody”. Until there is a verdict in the court case, the management of the cinema cannot make a decision on what to do with the building.

SHC questions KMC for delay in hospital for lawyers