Winter woes: In Peshawar, not enough electricity or gas to fend off the chill

Winter woes: In Peshawar, not enough electricity or gas to fend off the chill 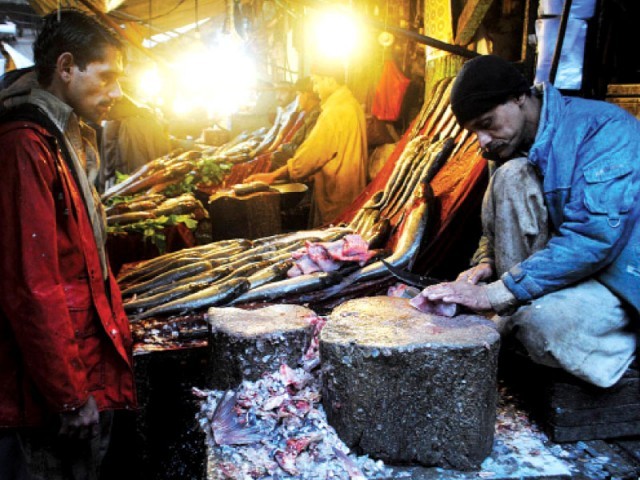 A customer buys fish meat from a vendor at Ghanta Ghar in Peshawar on Monday. DEMAND FOR SEAFOOD HAS INCREASED IN WINTER. PHOTO: ONLINE

Prolonged power outages and insufficient supply of gas in residential areas has made it increasingly difficult for people living in Peshawar to cope with the plummeting temperature.

Residents of Shikhabad, Pajagge Road, Bashirabad, City Town and several other localities have complained that due to the low gas pressure in their homes they cannot even cook food, let alone stay warm. And the prolonged loadshedding has exacerbated their problem.

“This winter, the problem of loadshedding and low gas pressure has gone from bad to worse,” said Taj Muhammad, a resident of Shikhabad. He demanded of the government to find a permanent solution to the issue.

The Khyber-Pakhtunkhwa government has installed new gas pipelines in Gulbhar and Shaikhabad areas but the problem of low gas pressure persists and is exacerbated during winter.

With temperature already plummeting in Peshawar, the Pakistan Meteorological Department has forecasted more rainfall and further drop in temperature in the provincial capital for  today (Tuesday). Temperature fell to a minimum of 12 degrees in the city on Sunday and it is expected to reduce by another degree due to the forecasted rains.

Meanwhile, the sale of warm clothes, umbrellas and electricity and gas heaters as well as dry fruit, fish and soups has picked up due to the change in weather, giving a slight impetus to the local markets where sales had been marred by the recent wave of militant attacks.