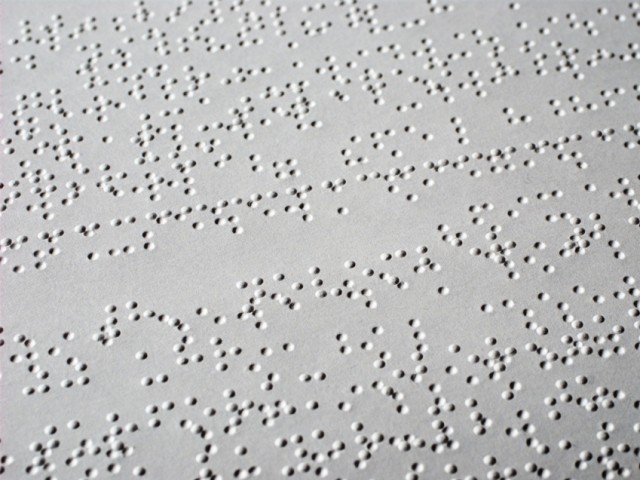 Of the over 0.3 million visually-impaired children in the country, only 6,000 are enrolled in schools. PHOTO: FILE

Participants called for admitting visually-impaired children to mainstream schools and providing them with the requisite facilities at an orientation session on “Education of Blind Children”, held on Saturday.

Of the over 0.3 million visually-impaired children in the country, only 6,000 are enrolled in schools — just two per cent of the total number.

Muhammad Arshad, the deputy chief of social welfare at the Planning Commission, said visually-impaired children should be admitted in mainstream schools since it is not possible to construct separate centres for children with disabilities in the prevailing socioeconomic situation.

Arshad suggested teachers be trained to deal with special children and they be provided with facilities such as wheelchairs, books in Braille and white canes. He was of the view that negligence on the part of the government has resulted in the exclusion of special children.

International Council for Education of People with Visual Impairment Country Head Khalid Naeem stressed on changing the curriculum to include chapters educating children on how to be more accepting of the disabled.

The number of institutions for special children in Sindh is 48, in Khyber-Pakhtunkhwa it is 38, eight in Balochistan, while there are none in Azad and Jammu Kashmir or Gilgit-Baltistan, according to Naeem. Over 300 non-governmental organisations related to special children are working in the country, he added.