I can look back at life with satisfaction, surprise: Dilip Kumar

I can look back at life with satisfaction, surprise: Dilip Kumar 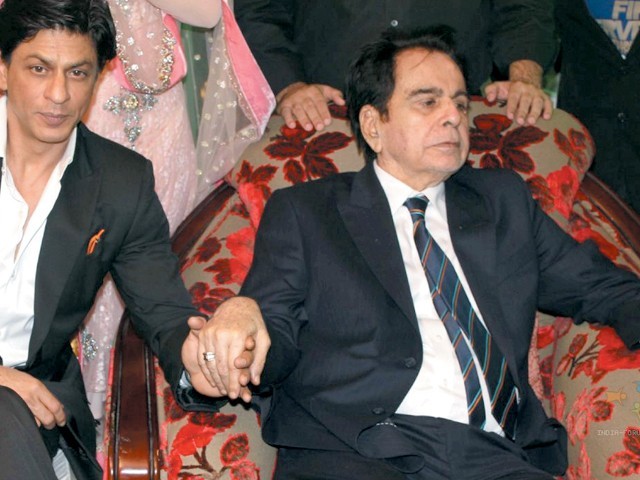 MUMBAI: On his 90th birthday Tuesday, thespian Dilip Kumar, who has regaled scores of fans over decades, recalls his journey full of surprises with satisfaction and a smile. He says it was his patience and sense of choice that helped him lead a successful career.

“I can look back at my life with a sense of satisfaction and some surprise at certain events that have added the twists and turns to an otherwise normal, serene life,” said Dilip Kumar.

Excerpts from the interview:

You turn 90 on December 11. Ninety is just a number specially when one considers a life as well-lived as yours. Sir, as you look back what do you feel about the first 90 years of your life?

I can look back at my life with a sense of satisfaction and some surprise at certain events that have added the twists and turns to an otherwise normal, serene life.

Dilip saab, in the 90 years which events would you regard as the greatest events and milestones in your astounding life?

My entry into the profession of acting which was most unexpected. My marriage to a beautiful girl two score years younger with whom I had declined to co-star because she was too young to be my leading-lady, my decision to challenge myself by switching over to comedy when I was being hailed for my intense tragic roles that had evoked public esteem and adulation.

Every actor wants to be like you. You have defined fine and brilliant acting for six decades. You have spawned generations of admirers from Amitabh Bachchan to Shah Rukh Khan. How do you evaluate your own contribution as an actor?

I have seriously pondered over this because the question has been put to me so many times. I guess it is a normal instinct to follow an example if you are drawn to it for whatever attributes you admire in that example. An actor should possess a strong instinct, besides a mind of his own and a striking personality. He should be able to absorb the positive and delete the negative from the influences that are bound to crowd his mind. The mind has to be respected and obeyed when it tells you to accept or reject an influence.

What qualities should an actor cultivate?

It is not for me to generalize on the dos and don’ts. Every actor I watched in my formative years had his own individualistic qualities and assets. I had the discrimination fortunately at that age – I was only 20 – to decide that I had to be patient and pick only those films I liked to work in. There were times in the early phase of my career when I needed the big money that was being offered to me after some of my films became box office hits. But I resisted accepting them because I did not relate to those scripts and propositions.

Your refusal must have upset a lot of producers?

The producers who came to me with those offers felt they had the role of a lifetime for me, a newcomer. They advised me that it was foolish to refuse the offers when the going was so good because in show business you have to show that you are in great demand and you are extremely busy. I could have been swayed by the talk but it was my basic strength of discrimination that helped me to be firm and go by what my mind told me to do. So if you judge from my career it is the quality of patience and discrimination that paid off. It cannot be the general thumb-rule because I know of actors who worked in six films simultaneously and were gloriously happy and relaxed.

Dilip saab, you have worked with the most exquisite actresses – from Madhubalaji to Sairaji. Who were your favourites, and why?

I was never the one to choose my co-stars. That prerogative was the producer’s and director’s. When I teamed with Meena Kumari in ‘Azaad’, she was also changing gears (from serious roles to comedy). We hit it off in light-hearted acting and it encouraged the makers of ‘Kohinoor’ to cast us again in lively roles. She made a delightful co-star and we got along well outside our work because we shared a taste for good Urdu poetry.

Madhubala was very vivacious as an artist and person. It was in ‘Tarana’ that our pairing became noticed, though most film lovers cherish her gorgeous screen presence in ‘Mughal-e-Azam’. Waheeda Rehman was wonderfully sprightly in ‘Ram Aur Shyam’ and equally intense in ‘Dil Diya Dard Liya’. As for Saira, it was only when we began work in ‘Sagina’ that I realised how capable Saira was. She handled the dramatic scenes with amazing confidence and with little help from me. It clearly demonstrated her latent potential that had remained untapped in all the romantic musicals she came to be adored for.

Who was your favourite co-star?

I have consistently rated Nalini Jaywant as a formidable co-star. She was the only actress who could take me by surprise in the final take if I was not alert enough thanks to the natural spontaneity she possessed.

The latest Khiladi: Too much comedy, too little action