I cannot define democr­acy but I know it when I see it — and I do not see it in Pakist­an.
By Shabbir Ahmad Khan
Published: December 10, 2012
Tweet Email 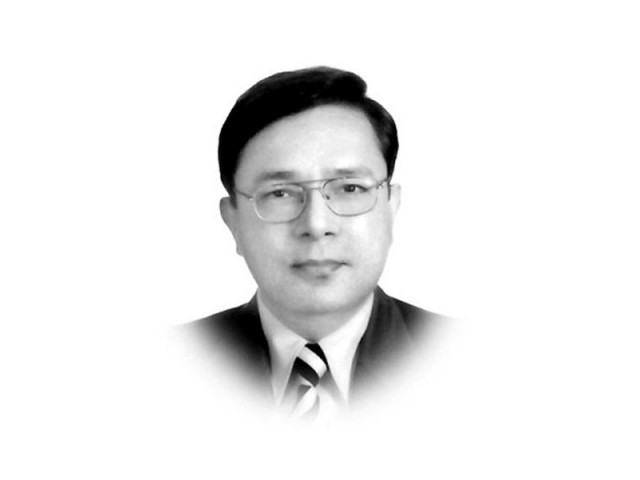 Democracy is a highly complex form of political system. It is not only a concept; it’s a culture, a code and a way of life. Despite infinite writings on democracy, no one could ever explain this concept better than the English philosopher John Locke. In his Second Treatise on Government in 1690, he presents his famous ‘consent theory’, the essence of a perfect democracy. According to Locke, the “whole power of the community” is in the hands of the “elected representatives” of the people. In other words, government should be based on people’s consent. Any political system, where people are kept away from the electoral process, may be anything but democracy. The will of the people is the ‘jugular vein’ or linchpin of a democratic society.

Due to historical, cultural, socio-economic and religious reasons, many people in Pakistan do not truly believe in democracy. These anti-democrats are in all segments of society, mostly in political parties. In the past, the Muslim League has had the worst track record supporting anti-democratic forces. Of course, the military junta played havoc with the democratic process. What did the politicians do to consolidate democracy whenever they got the opportunity? They did nothing because they had no love for true democracy. But their lust for power and position was higher than the Himalayas. Politicians in Pakistan have miserably failed to give the people the ownership of democracy. This is why the people of Pakistan distribute sweets and celebrate the demise of so-called democratic governments. Our political system is mostly based on non-democratic features and does not truly reflect the aspirations of the people.

No single executive in Pakistan is directly elected by the people, including the president, prime minister, chief ministers and governors. The upper house, the Senate, is not a directly elected body. All members who come from the Fata area and are either in the Senate or in the National Assembly are also not true representatives. In all legislatures in the country, the seats reserved for women, minorities and technocrats are filled by mere nominations and not through elections. Consequently, more than 200 out of a total of 1,070 seats are non-elected, which constitute over 20 per cent of members of the legislative bodies. This leads to graft and corruption in the legislatures since many politicians purchase seats in millions of rupees not only for themselves but for their wives, sons, daughters, siblings and relatives. This practice is the worst form of political patronage and has nothing to do with democracy. The induction of non-elected members is highly non-democratic, discriminatory and against the spirit of equal rights, equal treatment for all and rule of law. Who do Kashmala Tariq, Sharmila Farooqi and Marvi Memon, etc represent? Have they ever contested an election? Democracy is about electoral contest not beauty contest.

The American democracy is based on a two-tier electoral system where the registered voters of a party first elect their nominees/candidates in primary elections for all types of positions from president to mayor. At the second level of the general election stage, people elect their representatives from those nominees of both parties. In Pakistan, candidates are imposed by the party leadership on the people to vote. None of them is the people’s choice as a candidate. Nevertheless, I am not here to talk about fair and free elections. I only want to give people a chance to choose their leaders both as nominees/candidates and contestants. The caretaker governments of the future will have no mandate from the people. For three months, not a single elected member will be running the seventh nuclear power of the world. There is only one example in our history when a directly elected member was the executive head of a government: the Union Council Nazim under General (retd) Pervez Musharraf’s Local Government system.

Democracy is a very broad concept and I’m unable to define it. However, I quote the US Supreme Court Justice Potter Stewart who will long be remembered for his statement that he could not define ‘obscenity’, but added “I know it when I see it.” Hence, I cannot define democracy but I know it when I see it — and I do not see it in Pakistan. Pardon me for this analogy.