Before the elections: ‘Independent Election Commission vital for transparent elections’

Before the elections: ‘Independent Election Commission vital for transparent elections’

Expert­s, journa­lists weigh in on polls at SAFMA semina­r.
By Our Correspondent
Published: December 8, 2012
Tweet Email 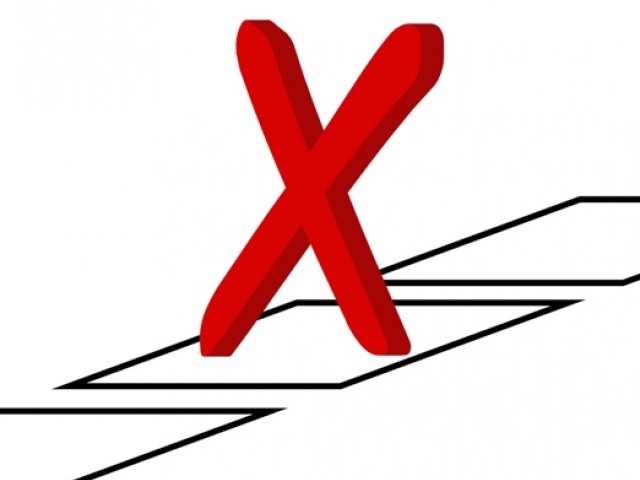 "If you postpone elections by saying there is a danger of terrorism, then military can also take over suspending the whole process of democracy,” says Nizami.

LAHORE: The Election Commission of Pakistan (ECP) should assert its role as an independent institution and its head should ensure that the body does not take dictation from anyone, demanded speakers at a seminar Free and Fair Elections at the South Asian Free Media Association (SAFMA) on Saturday.

Journalist Arif Nizami said it would be a shame to delay or postpone elections on the pretext of terrorism. Bloodshed is feared during the election, said Nizami, but this shouldn’t stop the polls. “This is a very dangerous argument. If you postpone elections by saying there is a danger of terrorism, then military can also take over suspending the whole process of democracy,” he maintained. He said democracy would be strengthened if the elections were held on time.

He demanded that the ECP be independent, adding that the strengthening of the ECP would also depend on the care-taker government.

Iftikhar Ahmad of GEO Television asked the Chief Election Commissioner to give a guarantee that he would conduct free and fair elections. He said if the CEC thought there were problems that could hinder holding transparent election he should speak about them now, not a week before the elections. Ahmed said that political parties had showed maturity and seriousness by appointing a Chief Election Commissioner with consensus. Now the Election Commission should assert itself as well, he said. “The Supreme Court is giving the impression that it is the authority. That is wrong. It should be made clear who will conduct transparent elections, the SC or the ECP,” Ahmed added.

Columnist Khaled Ahmed said that democracy was evolving in Pakistan. He said, according to an estimate, the state did not have a writ in 70 per cent of the country, which means people didn’t have state protection. Under such circumstances, he said, holding an election wouldn’t be easy. He said violence had gone up in Pakistan and could threaten the elections.