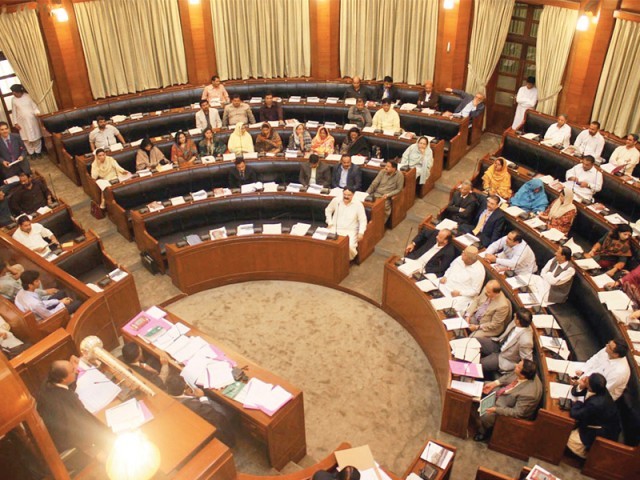 The resolution was presented in the assembly during the previous session. PHOTO: ONLINE

The construction of the much debated dam was ordered to be resumed by the Lahore High Court (LHC) recently, a move that triggered uproar in Sindh.

The assembly session which took place today was as chaotic as the previous one.

After arguments between assembly members got out of hand, the Speaker of the Sindh Assembly expressed anger and called for discipline, after which the session was resumed in a more civil manner.

All members who wished to express their points stood up and did so.

Subsequently, the assembly passed the resolution and the session was adjourned indefinitely.