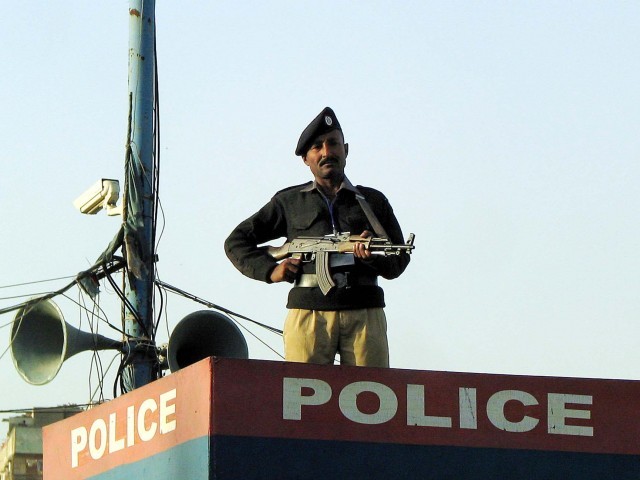 "If police officials want to set up a check post, they should ask my office… We will give them a constructed building," TMO (City) Attaullah Wahla.

A scuffle between police and town municipal authority (TMA) officials started late on Monday night over the construction of a police check post in the Shahdara area.

Town Municipal Officer (City) Attaullah Wahla told The Express Tribune that police had started constructing a police check post at Model Town-C Block without obtaining a no objection certificate (NOC). “The construction is against the law,” he said.

Wahla said, “If police officials want to set up a check post, they should ask my office… We will give them a constructed building.”

He said police would need to get approval from both the Home Department and the district coordination officer (DCO) before the TMA could allow the construction to continue.

Muhammad Imran, the public relations officer to Bahawalpur District Police Officer (DPO) Sohail Habib Tajik, said there had been a misunderstanding between the police and the TMA.

He said the Punjab government had sent them an approval to create a fountain and two rooms for a police post three days ago.

He said police officials had decided to create the post on the request of residents of the locality who complained about a string of recent crimes. “There are a number of banks in the locality too which asked for protection,” he said.

Imran said the location for the check post had been approved by the district administration. “We were surprised when TMA officials came to stop the construction work… they confiscated the construction material and destroyed the temporary walls that had been built,” he said.

TMO (City) Attaullah Wahla said his office had not received any such approval.

Mehboobur Rehman, a local, said the area required a police checkpost since the number of crimes had increased. “It appears that if one department does something good, another starts opposing it,” he said.