Five people were gunned down in the city, one body found.
By Our Correspondent
Published: December 5, 2012
Tweet Email 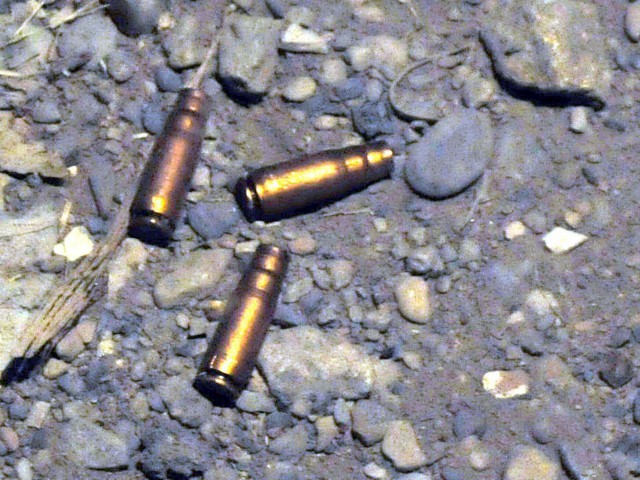 Five people were gunned down in the city, one body found. PHOTO: FILE

KARACHI: In an effort to control the escalating violence in Karachi, law enforcement agencies claimed to have arrested over half a dozen suspects, including members of banned terrorist groups, on Tuesday.

Rangers conducted a targeted raid in Macchar Colony in which four members of banned outfits were reportedly apprehended. The names of the suspects and organisation were not disclosed due to the ongoing investigation.

The East zone investigation police claimed to have arrested two men during a raid conducted at their hideout in Khokhrapar.

Officials said that the detained men, Shahbaz and Saddam, were linked to at least three cases of target killings.

Another target killer, Ismail Hassan, was reportedly arrested by the Pirabad police. Hassan is suspected of being involved in the murder of Shaukat Masih in Korangi in 2009.

Six people were killed in the city, including an activist of the Muttahida Qaumi Movement, 35-year-old Siddiq. According to sub-inspector Enayatullah, the deceased was associated with MQM unit-56 and was shot dead in an attack near Guru Mandir.

Separately, a printing press owner, 30-year-old Rehan Khan, was gunned down in Nazimabad by two men. His body was taken to Abbasi Shaheed Hospital.

A resident of the Frontier Colony, 40-year-old Liaquat Hussain, was shot dead near Banaras flyover.

Arshad, 35, was shot in Azam Basti, in what police believe to be an incident of attempted robbery. He was taken to Jinnah Postgraduate Medical Center for treatment but could not survive his injuries.

A joint in charge, 32-year-old Zahid Qadri, of the Sunni Tehreek’s PIB Colony sector was shot dead near Jail Road.

Officials said that the deceased was stabbed to death. Investigation is underway to ascertain the motive behind the killing. Syed Kashif, who was injured in Phool Wali Gali three months ago, succumbed to his injuries during treatment at the Aga Khan University Hospital.