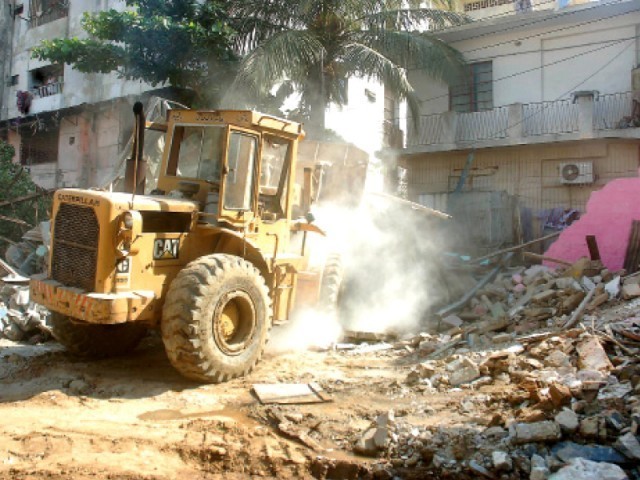 On Saturday, the Sindh High Court restrained the local administration and a private builder from demolishing a historic Hindu temple located in Soldier Bazaar area till December 7.

In a petition filed by the residents of Shri Rama Pir Mandir, petitioners Ram Chander and two other claimed that, in July 2007, a private builder issued notices to the residents to vacate the temple premises. The builder had accused them of encroaching upon the land of a saline water drain (nullah).

The petitioners said that since the builder owns land next to the temple, he just wants to add to it, they said. The petition also claims that the builder extended the land area from 610 square yards to 781 square yards illegally in connivance with military land department officers.

On July 10 this year, the high court had granted a stay order. The petitioners’ lawyer, HA Rehman, said that, on November 13, the builder’s lawyer misguided the court by representing himself as a lawyer for the petitioner and got the stay order vacated.

Granting the stay against demolition, Justice Aqeel Ahmed Abbasi, who was heading the bench, a issued notice to the deputy attorney general to get Military Estates Officer, Karachi, to file comments by December 7.

According to the petitioners, the temple, located on plots no. B-3-38 in Dolly Khatta locality of Soldier Bazaar, was built nearly a century ago.

A video report on the incident can be viewed here.