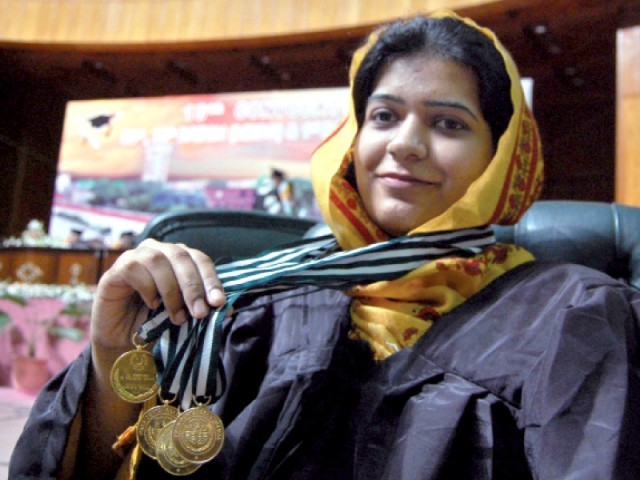 Over 500 graduates were awarded degrees at the ninth convocation of Rawalpindi Medical College (RMC) on Thursday.

Pakistan Medical and Dental Council President Dr Sibtul Hasnain was the chief guest on the occasion.

Medals were awarded to the best graduates, while shields and certificates were distributed among graduating students of 33rd and 34th batch of MBBS and first batch of BSc Allied Health Sciences.

Azhar Majeed and Sidra Zahoor were declared the best graduates of 2010 and 2011 respectively.

While talking to The Express Tribune, Zahoor, who got distinctions in community medicine, special pathology, pharmacology, forensic medicine, general pathology, behaviour sciences, anatomy, physiology and biochemistry, termed her success as a historic moment in her parents’ lives.

“We, two sisters and one brother, are present here as graduates of RMC and I guess this is the best moment for them,” she said.

She also appreciated her teachers’ efforts and praised the college principal, who, she said, created a conducive environment for students.

The chief guest, while addressing the students, stressed on adopting professionalism and modest behaviour in all aspects of life. He also stressed on the need to revise the curriculum of medical studies.