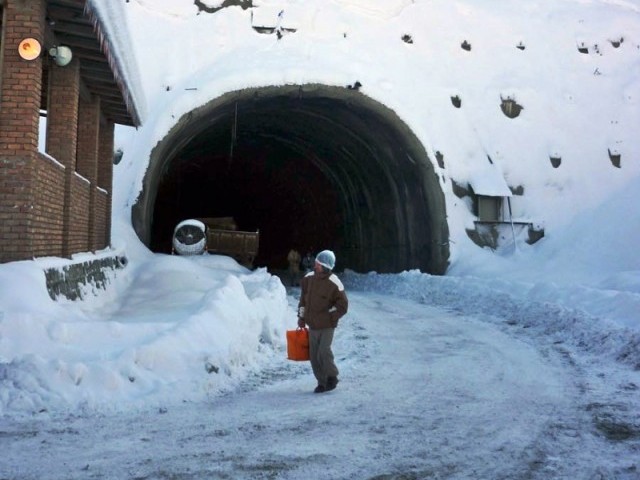 Engineers of the Pakistan Army reopened the Lowari Tunnel on Monday, which had been closed following heavy rain and snowfall, said a press release.

The Dir-Chitral Road and Lowari Pass was blocked since Saturday, leaving more than 500 passengers, including patients, stranded.

According to the officials of the Peshawar Metrological Department, 1.5 feet of snow had blocked roads making it impossible for drivers to reach Peshawar and other areas of Khyber-Pakhtunkhwa.

A press statement issued by the Inter-Services Public Relations said that the tunnel will remain open from 12:30pm till 3:30pm on Monday, Wednesday and Friday and will remain closed on other days of the week.

Heavy machinery was transported from both sides of the tunnel to help the traffic run smoothly.

The administration officials at the tunnel have requested passengers and drivers to strictly follow all security measures.

No casualties: Rockets fired in Hangu, Kurram, Orakzai on Ashura