End of an era: Verbal vigilante Ardeshir Cowasjee dies at 86

End of an era: Verbal vigilante Ardeshir Cowasjee dies at 86 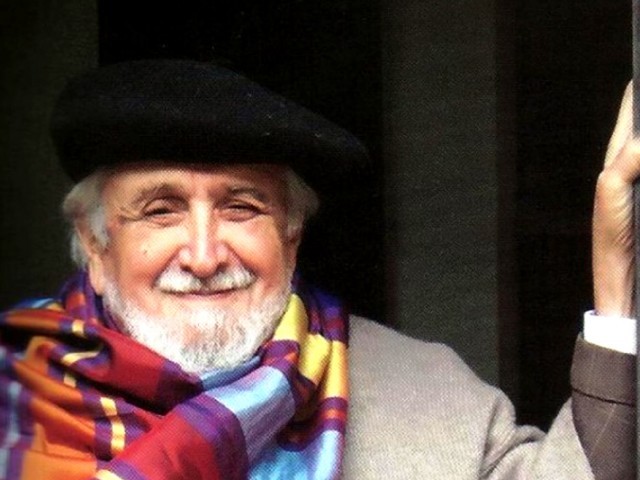 Few people, if any, can make the word ‘Saala’ acceptable in a serious conversation.

One of Pakistan’s best-known personalities and widely-read English columnist, Ardeshir Cowasjee passed away on Saturday after suffering from cardio-respiratory failure at the age of 86.

Known for his outspoken weekly columns in Dawn, one of Pakistan’s leading English newspapers, he has documented the country’s history for generations to come through the written word. Known for his Bohemian ways, a trait he was, in fact, proud of, Cowasjee was famous for always being ready for a debate, on any topic, with anyone. From colourful robes to fine-tailored suits, Cowasjee’s sense of style often gave him an air of aristocracy.

Born on April 13, 1926, in Karachi, his legacy is a fairly straightforward one. The scion of a wealthy Parsi family, he completed his schooling at Bai Virbaijee Soparivala (BVS) Parsi School and later pursued higher education at DJ Science College. After World War II, he joined his family business – primarily merchant shipping, among other interests. In the later years of his life, Cowasjee tried to keep it as lively as possible, often seen cruising around the streets of Karachi in his metallic powder blue convertible Mercedes.

He is survived by two children, his son Rustom – of whom he once said, “I could never have wished for a better son,” – and daughter Ava, who followed her father’s footsteps with her involvement with several philanthropic ventures.

His most prized memories, however, were of his late wife, Nancy Dinshaw. It was perhaps only when he spoke of his “lovely Nancy” that one got a chance to see the romantic side of a generally critical and dismissive Cowasjee. “She would always point her finger at me and say ‘Tum bara hi shaitan hai’ (You are a very mischievous man) in Gujrati,” he once told this correspondent. “She was a remarkable woman. I did not deserve to be her husband.”

As a columnist, Cowasjee spoke up and wrote against what he perceived to be wrong in the country at large and on the developments in his beloved Karachi in specific.

Cowasjee voiced his blunt opinions for over 30 years through his columns in Dawn. Dealing with Cowasjee’s sharp tone and piercing words must not have been an easy task for the now retired MA Majid, former editor of Dawn’s editorial pages. “He was a socially committed man with a very brave spirit and never had a meek approach towards anything he found wrong or undesirable,” he said of Cowasjee.

Well known columnist and dear friend, Zubeida Mustafa called his columns “a hot potato.” Through his pen, he often opened up Pandora’s Box as he spoke relentlessly against social evils, including, but not limited to, land allotment, environment, female illiteracy, corruption, nepotism and honour killings.

But his favourite subject was Quaid-e-Azam Muhammad Ali Jinnah. He almost adored the Quaid and relentlessly championed his cause. He used to project the human side of the Quaid, and, at the same time, cast him as a no-nonsense man, a man of character, straightforward, honest and, above all, a man who believed in egalitarianism and who wished to shape Pakistan as a social welfare state with every citizen, irrespective of his religion, cast, creed and race having equal and equitable rights.

Cowasjee was also a man of extreme likes and dislikes. He had a good friendship with Zulfikar Ali Bhutto, but later developed differences with him. In 1976, Bhutto jailed Cowasjee for 72 days, an incident which he not only never forgot, but also never ceased to mention in his columns. “He [Bhutto] never told me [why I was arrested],” he would often say.

On December 25, 2011, fittingly, or ironically, the Quaid’s birthday, Cowasjee brought his 22-old-year era of weekly columns for Dawn to a halt, stating in his last column: “Now, old at 85, tired, and disillusioned with a country that just cannot pull itself together in any way and get on with life in this day and age, I have decided to call it a day.”

President Asif Ali Zardari and Prime Minister Raja Pervaiz Asraf expressed their grief and sorrow over the demise of Cowasjee. They prayed for eternal peace of the departed soul and for courage to the bereaved family to bear with the loss.

In his condolence message, President Zardari paid great tributes to his services for journalism.

Premier Ashraf paid rich tribute to his services for journalism and said that, in his death, the nation had lost a true, patriotic Pakistani. He appreciated that Cowasjee always espoused righteous and just causes.

The funeral will be held at Cowasjee’s residence, 10 Mary Road, Bath Island, Karachi, on Tuesday November 27 at 11am. (WITH ADDITIONAL REPORTING FROM RABIA ALI and MAHNOOR SHERAZEE IN KARACHI)