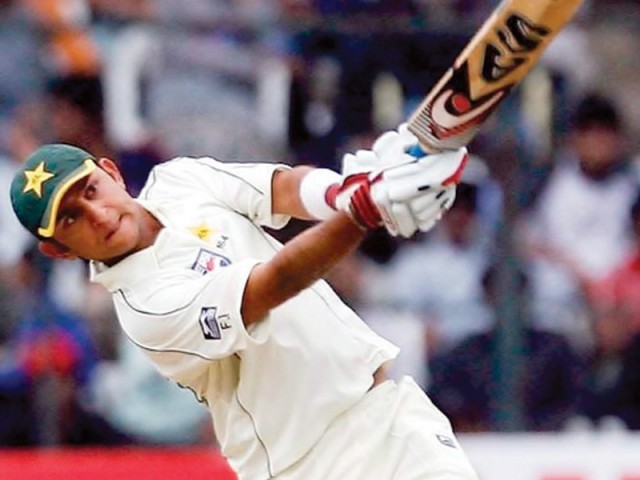 Iqbal did manage to reach the 10,00 mark but his effort was not enough to rescue his side. PHOTO: FILE AFP

KARACHI: SNGPL raced to a 133-run first-innings lead over PIA after Asad Ali picked up five wickets on the second day of their President’s Trophy match at the Gaddafi Stadium in Lahore.

The day belonged to quickies all round as PIA were dismissed for just 101 in reply to SNGPL’s 234. Ali was ably supported by Samiullah Niazi who picked up three wickets. Faisal Iqbal top-scored for PIA with 31 which took him past the 10,000-run landmark in first-class matches.

“It’s good to score 10,000 runs but I wanted to achieve it in style by scoring a century and helping PIA take the lead in difficult circumstances,” Iqbal told The Express Tribune. “However, we’re fully capable of turning the match in our favour even now.”

ZTBL were struggling at 198 for seven against SBP’s 298 despite Sohail Tanvir’s seven-wicket haul in Islamabad. Imran Nazir made 63 while Zohaib Khan was unbeaten on 37 as Saad Altaf took three wickets.

Ehsan Adil took four wickets and Younus Khan made an unbeaten 65 to put HBL in command against UBL at the Pindi Stadium. UBL were bundled out for 141. In their second-innings, riding on Younus’ innings, HBL ended the day 175 for four with an overall lead of 237.

Khurram Manzoor’s unbeaten 104 gave PQA hope of taking a first-innings lead against KRL as they were 217 for five chasing KRL’s 289. Elsewhere, Zulfiqar Babar struck a quickfire 78 to help Wapda to 122-run first-inning lead over NBP.