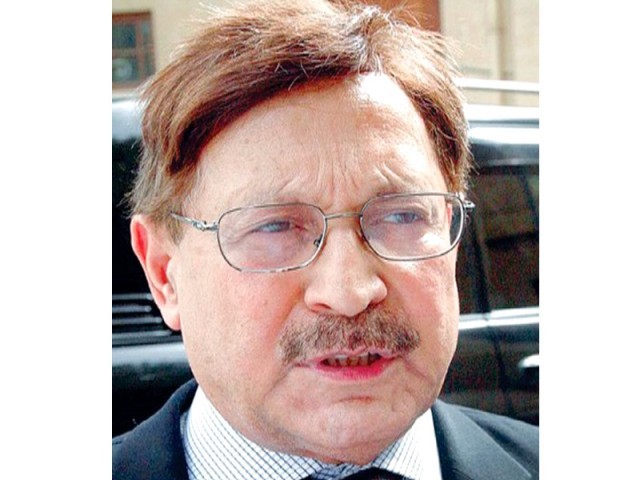 When Prime Minister Raja Pervaiz Ashraf came into power, few expected he would make it till the end of the incumbent government’s tenure. The premier can now, however, breathe a sigh of relief.

The Supreme Court retracted a contempt notice against Premier Ashraf on Wednesday after Law Minister Farooq H Naek appeared before the court and presented a receipt that Swiss authorities have received a letter pertaining to graft cases against President Asif Ali Zardari from Pakistan’s Ambassador in Switzerland.

Along with the receipt, Naek also presented Ashraf’s approval and the law ministry’s summary regarding the letter.

Heading the hearing, Justice Anwar Zaheer Jamali, who penned down the order, said that the government complied with the court’s directives, hence the contempt issue was disposed of by the court – which also withdrew proceedings against the federal government.

In an unusual expression of satisfaction, the court said in its written order that all related documents have been placed on record to show that Para 178 of the National Reconciliation Ordinance (NRO) judgment (which calls for a letter to Swiss authorities) has been complied with in entirety.

Amidst this mood of reconciliation, Naek, who was speaking on the premises of the Supreme Court, triumphantly confirmed that the court had disposed of the contempt of court notice against Prime Minister Ashraf and said that the government has complied with directions given by the Supreme Court.

“We do not want any confrontation within institutions … We want all institutions to play while being in their crease … Whenever the court issues orders, we comply with it. We want democracy to thrive in this country and don’t want it to derail.”

The National Accountability Bureau (NAB), on the other hand, initially seemed less than willing to pin the blame on Qayyum. When asked whether a reference was filed against Qayyum, the NAB prosecutor general said his organisation wanted its inquiry against Qayyum to be stopped, because the former attorney general had merely complied with government orders.

Justice Jamali, however, was not willing to let Qayyum off the hook so easily, pointing out that the government had detached itself from Qayyum’s letter and had retracted it while sending a new letter.

Succumbing to this line of argument, NAB authorities then agreed with the court that Qayyum’s act of writing the letter should be reassessed in light of the recent Asghar Khan and Anita Turab case – both of which emphasise that civil servants are not bound to comply with illegal orders.

The court then gave NAB till December 4 to decide its next step in the inquiry against Qayyum.

The graft cases against President Asif Ali Zardari were shelved in 2007 after the then attorney-general Qayyum wrote letters to the Swiss authorities following the promulgation of the NRO. The Supreme Court, however, scrapped the NRO in 2009 and declared that all cases closed under the defunct law stood open.