Say they’re to get Rs5,000 at the comple­tion of the course.
By Our Correspondent
Published: November 11, 2012
Tweet Email 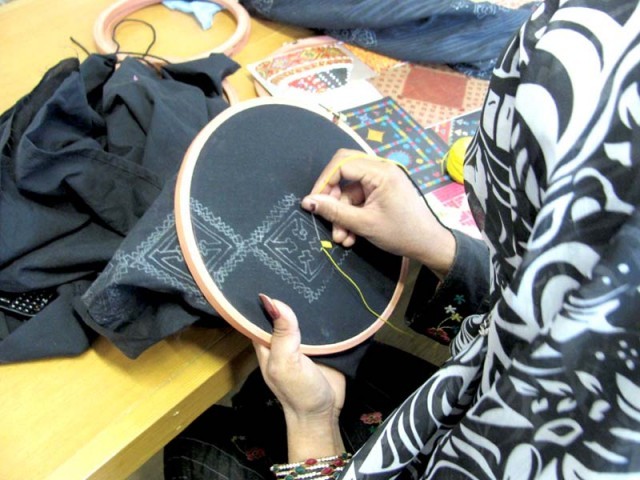 "The institute is short of funds. We cannot even pay salaries to teachers and other staff," GVTI Acting Principal Tahir Akram. PHOTO: THE EXPRESS TRIBUNE

Former and current students of the Government Vocational Training Institute (GVTI), Badshahpur, demonstrated against the institute administration for not releasing their scholarship payments.

Students Asia, Aasma, Kishwar, Humaira Kausar, Maryam Mushtaq and Sumaira said they had completed courses at the institute in 2009, but the administration was yet to give their scholarships. They said students were supposed to get Rs500 a month each during the course and Rs5,000 at the completion of the course, but the institute had given them not a single penny.

Matiur Rahman, Liaquat Hayat and Saqib, who are presently studying at the institute, said they had not received Rs500 monthly payment for 11 months.

GVTI Acting Principal Tahir Akram said the institute was short of funds. He said they could not pay salaries to teachers and other staff. He said before the Education Department became a provincial subject under the 18th Amendment, the federal government provided funds for the institute. They had been finding it difficult to get Zakat funds from the provincial government. He said they would make payments to students as soon as they got the funds.