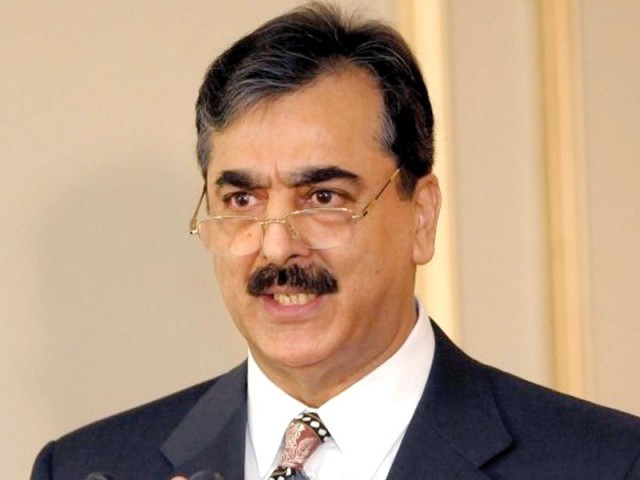 "Every institution should remain within its jurisdiction defined in the Constitution," says Gilani.

While the government confirmed it has sent a letter to the Swiss authorities in compliance with the apex court order, former premier Yousaf Raza Gilani said the move “vindicated” the stance that cost him his premiership.

“I always said that the president enjoys immunity at national and international level … today’s development vindicated my stance,” said Gilani, referring to the Vienna Convention and Article 248 of Pakistan’s Constitution.

“It’s good that the [apex] court has accepted my standpoint,” Gilani told journalists after attending a conference on Application of Iqbalian Vision in 21st Century on Wednesday.

Asked about the stance that cost him his premiership and parliamentary membership, Gilani said, “It was not a personal decision.”

About the recent statements by the army chief and the chief justice, the former premier said every institution should remain within its jurisdiction defined in the Constitution.

During the conference, Gilani, quoting Allama Iqbal, said “Peace in Afghanistan is a must for peace in Asia.”

He added that Pakistan could facilitate stabilization of Afghanistan because it’s “part of the solution since the stability of both nations is interlinked.”

Elaborating his comments, Gilani said US, Nato and other countries will leave the region eventually but Pakistan and Afghanistan have to live together forever and therefore have a bigger stake.