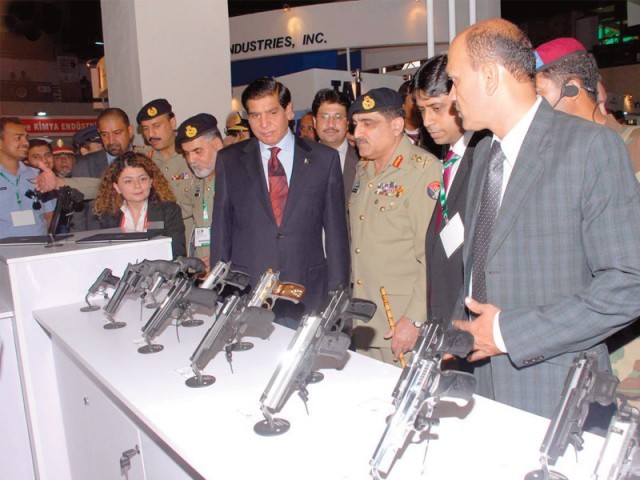 Addressing the inaugural ceremony of IDEAS 2012, the prime minister said that though these threats had effected its space to manoeuvre yet there were opportunities to brave through these challenges.

He particularly referred to the recent events that had created space for reviewing terms of Pak-US engagement, which he said, were more of an opportunity than a challenge.

This, he said, was coupled with the Russian aspiration to increase influence and diversify trade providing ideal opportunity to Pakistan in expansion of its relations with Russia on broader basis.

Raja Pervaiz Ashraf said that India’s need for energy and trade with Central Asia was also largely dependent on Pakistan while the Afghan trade was already done through Pakistan and this engagement was likely to continue.

Besides potential for improvement in its relations with Iran, he said that Pakistan could also benefit from Turkey and Malaysia’s rise as the new centre of economic influence.

“Room for enhancement of relations in trade and energy sectors with China exists and Pakistan can provide link between Gwadar and Xinjiang,” he said. He appreciated defence collaboration between the two countries that had and might further offset the undeclared technological apartheid.

The prime minister, however, acknowledged that peace and stability were the major requirements for any nation that seeks economic prosperity and social justice.

He said that the country ought to help itself by capitalizing on internal opportunities as low tax to GDP ratio that offers potential for improving tax revenue. “With approximately 100 million population under 30 years of age, Pakistan is a Work Time Resource Rich country and this potential has to be harnessed,” he said.

Moreover, he said, Pakistan’s defence force provided the country the strength needed for stability while its functional democracy and state institutions were also of meaningful significance.

Raja Pervaiz Ashraf reiterated that since the world’s economic centre of gravity was shifting to Asia, specifically to Asia Pacific, it was, therefore, imperative for Pakistan to avail of all opportunities.

IDEAS, he said, was one such, extremely crucial, attempt to not only exhibit country’s defence and technological capacities but also to facilitate international collaborations and joint ventures.