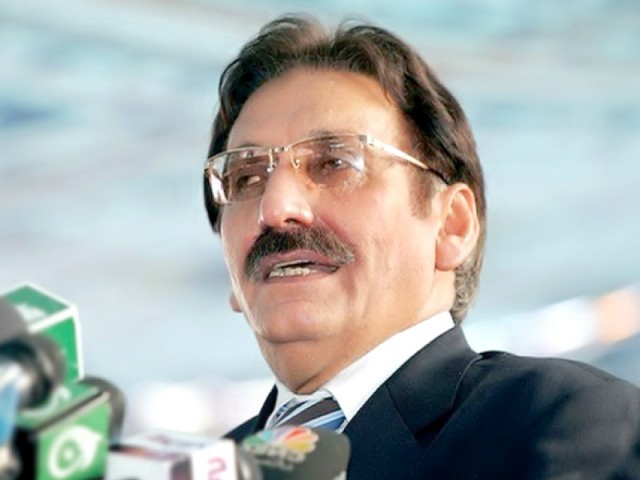 "Gone are the days when stability and security of the country was defined in terms of number of missiles and tanks available at the state’s disposal" says CJ.

Underscoring and redefining the term national security, Chief Justice Iftikhar Muhammad Chaudhry said on Monday that the Supreme Court was the absolute authority with regards to the national interests of the state.

Asserting that weapons alone could no longer assure national security, the chief justice said: “Gone are the days when stability and security of the country was defined in terms of the number of missiles and tanks available at the state’s disposal.”

The top judge of the apex court was of the view that as guardians and protectors of the Constitution, a heavy responsibility lay upon the judges of the Supreme Court to uphold the canons of constitutional predominance and its supremacy over all other institutions and authorities.

Addressing officers of the 97th National Management Course, National School of Public Policy, Chief Justice Chaudhry stated that the concept of national security had been redefined as a polity wherein a state was bound to provide its citizens with overwhelming social security and welfare nets.

“Primarily it is the duty of the state, and to a large extent the executive, to ensure fundamental rights are not only freely available to the people but any denial of these rights is swiftly responded to.

“It is sine qua non of a truly independent and welfare state to ensure that relief is provided to the citizens at a minimum cost,” he declared.

“If the citizens of the country do not trust the system… then I am afraid the system is distorted and does not provide a level-playing field to the people to achieve in life whatever they are capable of.”

Regarding Supreme Court’s locus of control, he said that the courts were seized with many issues related to enforcement of constitutional provisions. “Whether it is the law and order situation in Karachi or Balochistan, the footprints of weak administration and failure of implementation of framework is… everywhere,” he said.

He told bureaucrats that no cohesive efforts were in sight to tackle mega issues within a national framework. “This institutional failure is directly linked to your ability to formulate national policies in the field of public policy.”

Quoting examples from cases of F-9 Park, law and order in Karachi and Balochistan, and Tariq Azizuddin, the chief justice said: “In all these cases the court observed that the holders of the public offices should adhere to the principle of transparency in the discharge of their duties and should refrain from implementing any order of a higher authority which is contrary to the rule and regulations.”

“It is my firm belief that unless and until we reform ourselves individually and institutionally, rise above our petty conflicts and unite our energies for the cause of our national growth, the dreams of our nation cannot be realised.”

However, he added that all was not lost yet.

“Pakistan has a vibrant media, a healthy mix of political parties jostling for political space with a common agenda of public welfare and, last but not the least, a truly independent judiciary which is geared to ensure that the twin principles of rule of law and supremacy of Constitution are enforced even if heaven may fall.”