Concer­ns raised by SC bring us to questi­on why Baloch­istan has been allowe­d to reach a state where no one is safe.
By Editorial
Published: November 2, 2012
Tweet Email 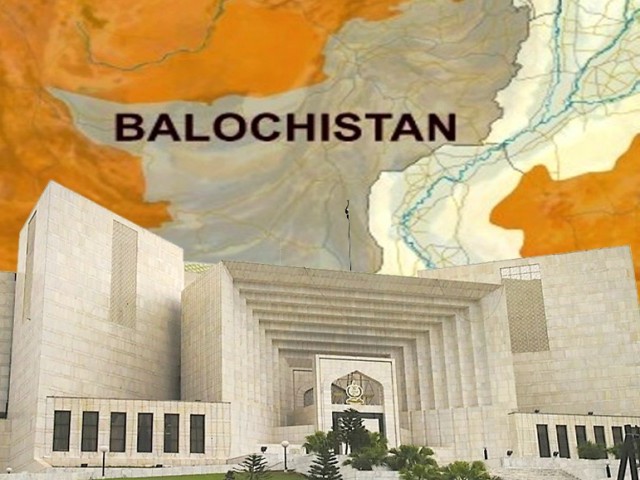 Concerns raised by SC bring us to question why Balochistan has been allowed to reach a state where no one is safe. PHOTO: FILE

It would probably take a whole team of experts to make full legal sense of the situation in Balochistan. The appearance of the province’s beleaguered chief minister, Nawab Muhammad Aslam Raisani, did nothing to help with the Supreme Court bench sticking to its October 12 order, which does not dismiss the government in Quetta but merely calls into question its legitimacy, given that it has lost the ability to maintain any kind of order.

Mr Raisani, to further complicate matters, has been stripped of his PPP membership by the party leadership in the province for failing to abide by discipline. The speaker of the provincial assembly, stating that he is unclear if he can call a session of the house following the Court ruling, has written to the governor seeking his advice on the matter. This rather frivolous approach taken towards the matter of his suspension by Mr Raisani, with a string of jokes punctuating his press conference, does not help matters. They seem grotesquely inappropriate under the circumstances. Though not directly related to this chain of events, the arrest on the Supreme Court premises of Yar Muhammad Rind, the only opposition member in the Balochistan Assembly, in a murder case, adds to the chaos. Mr Rind is a bitter rival of Raisani.

But if we pick up the relevant bits and pieces from all this, the concerns raised by the Supreme Court on November 2 and during previous hearings bring us to question why Balochistan has been allowed to reach a state where no one is safe and neither the federal nor provincial authorities appear willing or able to act. These are relevant queries. The account given by Interior Minister Rehman Malik — who also appeared in the Court on November 2 — of the Taliban, the Jundullah, the Balochistan Liberation Army and other extremist groups in Balochistan, did not satisfy the Supreme Court either. It asked, logically enough, why no one acted against these elements. The Balochistan government’s response of a lack of help from the centre has also been dismissed as inadequate. Things are in a flux; crisis prevails in Balochistan and no one seems to have any idea as to how it can be sorted out.