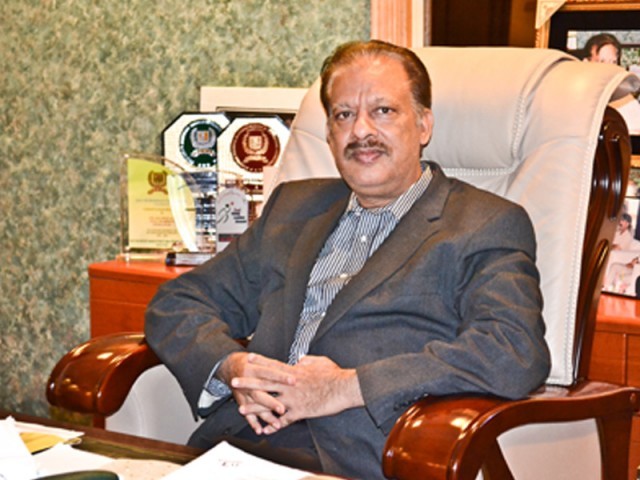 Salamat credits the company’s success to the group’s decision to invest early in setting up a presence in Bangladesh.

Not everyone in the textile industry is having a rough time: some are taking advantage of their size and cash flows to buy out smaller, financially distressed rivals. The Tauseef Group is one such textile conglomerate. Having benefited from an early and timely decision to invest in Bangladesh, the Faisalabad-based group is now using the profits from that foreign venture to buy out dying competitors at home.

Tauseef Enterprises, the group’s main entity, has bought out two firms that had been shut down – Light Hosiery Mills and Ehsan Yousaf Textile Mills – and bought a 50% stake in another struggling company, the Jaguar Group. All three of the companies are based in Tauseef’s home town of Faisalabad.

In an exclusive interview with The Express Tribune, Tauseef CEO Chaudhry Salamat Ali said that after consolidating the operations of its acquired companies, the firm (currently privately held) will seek to go public with a listing on the Karachi Stock Exchange. The firm has yet to retain the services of an investment bank for the listing, and is currently in the process of obtaining the approval of its own shareholders.

So how is Tauseef doing so much better than its rivals? Salamat credits the company’s success to the group’s decision to invest early in setting up a presence in Bangladesh. Tauseef began setting up two subsidiaries in Bangladesh – Taqwa Textile Mills and Labbas Textile Mills – in 2008, just as the combination of the energy and financial crisis began to cripple the Pakistani textile industry.

The Bangladesh subsidiaries of the firm became operational in 2010 and have allowed Tauseef to have a more stable cash flow as well as retain customers in Europe who are able to import from Bangladesh without any tariffs. The group’s revenues now exceed Rs4 billion, of which more than Rs1.5 billion – or about 38% – are from Bangladesh.

Tauseef Enterprises manufactures a wide variety of garments and owns three factories in Faisalabad. It supplies to retailers and brands in Europe as well as North America, supplying most of its European clients out of Bangladesh, owing to the favourable tariff structure. Pakistani textiles have to pay an average of 10.5% tariffs in Europe, but Bangladeshi textiles can enter the market without any tariffs at all.

Salamat was all praise for the Bangladesh government and what he described as the right combination of incentives for the textile sector. The Bangladesh government, for instance, does not delay the processing of his tax refunds. Meanwhile, the Tauseef Group has close to Rs7 billion in refunds from the past two years still tied up with the government of Pakistan.

He said that the lower cost of doing business in Bangladesh – with cheaper electricity and labour costs – meant that his profit margins were about 50% higher in Bangladesh than they were in Pakistan.

The higher profits have encouraged the Tauseef Group to start thinking in more expansionist terms. While the group’s revenues have grown rapidly over the past four years, Salamat expects even faster growth once the mills the firm bought from Light Hosiery Mills and Ehsan Yousaf Textile Mills are made operational. (They are currently shut down after their previous owners were unable to keep them running due to financial difficulties.)

Part of the expansion may be more international growth. “We may open more franchises in other countries,” said Salamat.

But another part of the expansion has been to diversify out of textile into other sectors. Like many of their Faisalabad textile tycoon counterparts, the Tauseef Group are setting up real estate developments. The group is setting up the Quality Golf Project in Karachi, a 218-acre development near the Karachi airport that will have an 18-hole golf club, shopping malls, parks and residential colonies. However, construction has been temporarily halted owing to law and order problems in the country’s commercial capital.