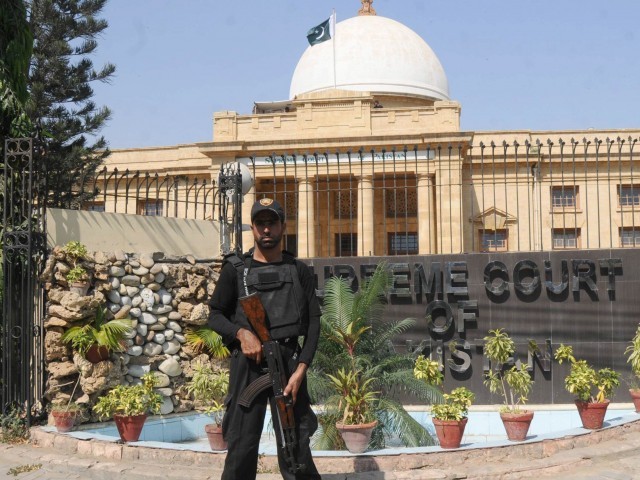 KARACHI: The Supreme Court has ordered the police to find a missing eight-year-old Hindu boy to help solve the case of her cousin’s “forced conversion”.

The children had allegedly gone missing from a flood relief camp in Gadap Town. The teenage girl, however, later turned up at the Sindh High Court Hyderabad circuit bench and told the judges that she had embraced Islam, married of her free will and now wanted to live with her husband.

The mother of the girl took the matter to the apex court, stating that police have not found her daughter who was allegedly kidnapped by a man identified as Abdul Rasheed.

The woman, who lives in Sanghar, said her eight-year-old nephew was also kidnapped by the suspect, who allegedly took away Rs200,000 and two tolas of gold.

Filing a report on his investigation, the Gadap SHO stated that the police had tracked down the father of the suspect in Sanghar. Later, they the traced the girl, who said she had converted to Islam of her own choice. The investigation was suspended after the Sindh High Court circuit bench at Hyderabad allowed the girl to live with her husband.

But what about the boy; why hasn’t he been recovered, questioned the judges.

The missing boy can reveal the truth, whether his cousin converted freely or not, observed the three-member Supreme Court bench, which ordered the Gadap police officer to find the boy and produce him in court within a week.

1pt;text-align: justify;text-indent:5.65pt;line-height:9.9pt;mso-layout-grid-align:none; text-autospace:none;vertical-align:middle’>Jam Madad Ali clarified, however, that the party members have surrendered all government benefits and handed over their official vehicles too. “As per government record, we are still ministers so the salaries are deposited to our accounts. We have not drawn the salary and will return the same to government accounts,” he replied when asked about salaries and other allowances.

Under Article 132(3), ministers have to submit their handwritten applications to the governor who has the authority to accept or reject their resignations. “If the government wants, he [governor] can give the decision within 24 hours,” the law secretary added.