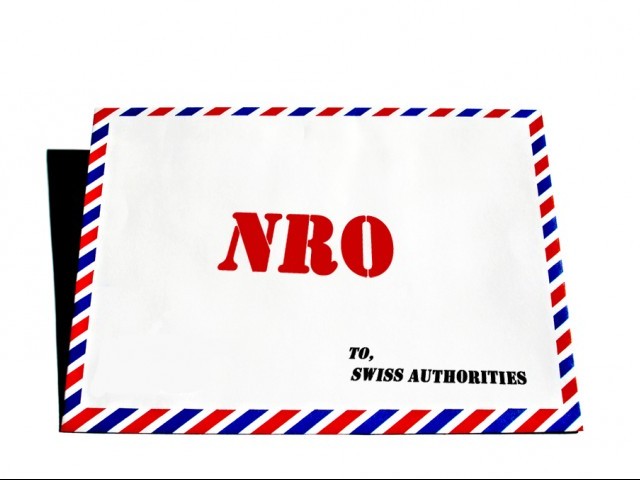 Prime Minister Raja Pervaiz Ashraf has directed Law Minister Farooq H. Naek to dispatch a letter to Swiss authorities calling for the revival of cases against President Asif Ali Zardari on Sunday, indicating further progress since the Supreme Court gave the government draft of the letter a final nod.

After the meeting between Naek and Ashraf, officials familiar with the matter told The Express Tribune that the law minister will meet President Zardari on either November 5 or November 6 to receive a go-ahead for dispatching the letter through the ministry of foreign affairs.

“The letter will most likely be dispatched in the second week of November,” said a senior official of the law ministry. The apex court gave a four-week deadline to the government on October 10 this year for dispatching a letter to revive the Swiss cases and withdraw the previous letter written by the then attorney general, Malik Qayyum.

The letter says: “In view of the directions given by the Supreme Court of Pakistan in Paragraph 178 (copy attached as Annex-I) of its judgment dated 16th December 2009 in the case of Dr Mobashir Hasan, reported as PLD 2010 SC 265, the aforesaid letter is hereby withdrawn and may be treated as never written and therefore revival of requests, status and claims.”

The law ministry will send the drafted documents to the foreign affairs ministry on November 7, keeping in view the apex court’s order, added the official. To a question regarding the president’s immunity, the official told The Express Tribune that the drafted letter did point out the immunity of the president of the state.

“This is without prejudice to the legal rights and defences of the presidents/heads of state which may be available under the law, Constitution and international law,” he quoted the draft of the letter as stating.

The apex court also directed Naek to produce before it, on the next date of hearing, proof that the attorney general in Geneva, Switzerland, had received the letter.