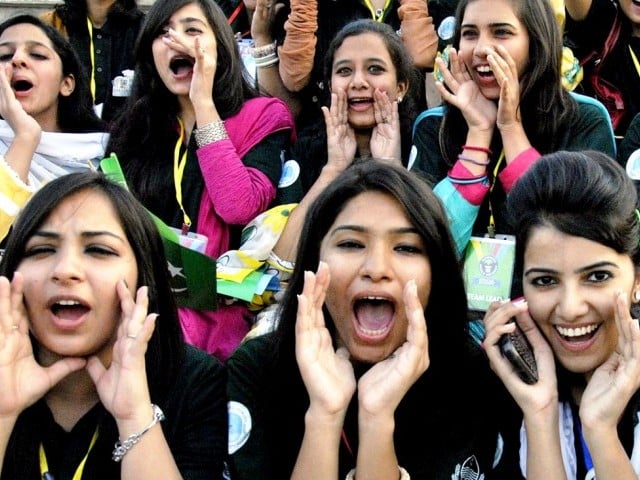 Thousands of Pakistanis sang their way into the Guinness World Records (GWR) on Saturday by singing their national anthem in unison at the Punjab Youth Festival 2012. The festival was held at the National Hockey Stadium in Lahore.

When adjudicators of Guinness World Records, Gareth Deaves and Imran Javed, gave the thumbs up to the Punjab youths’ attempt, the whole stadium roared with applause.

Scores of stewards of the GWR closely observed participants singing the national anthem of Pakistan.

After Punjab enters the country’s name in the Guinness World Record Book, it will move towards individual events of GWR at the Expo Centre and attempt to achieve the record for largest mosaic and biggest human flag.

According to the Sports Board of Punjab, at least 24,000 students and athletes and 60,000 citizens were invited to sing the national anthem in order to create a new record in the GWR.

Punjab Chief Minister Shahbaz Sharif, who was attending the event, sang the national anthem along with the huge crowd. “This is not a Punjab festival, but a Pakistan festival,” he said.

The Punjab Youth Festival is a historical step for the bright future and development of the youth, he said. The event has provided opportunities to youth for displaying their talent. “Our youth are talented and if provided opportunities of sports, they can earn a good name for the country.” A march was held by athletes from nine divisions of Punjab. The chief minister said that he has witnessed very few events like the festival. GWR adjudicator Gareth Deaves said he was impressed with the enthusiasm shown by the youth of Punjab.

Speaking to the media, he said it is the first time that the people of Pakistan had taken up the GWR challenge, which speaks of their determination.

According to the official website of GWR, the previous record for most people singing a national anthem simultaneously was 15,243, in Aurangabad, India, on January 25, 2012.

The road to Swat: What hatred destroyed, humanity has tried to rebuild