'We condemn Malala attack, but who will condemn drone strikes?'

'We condemn Malala attack, but who will condemn drone strikes?' 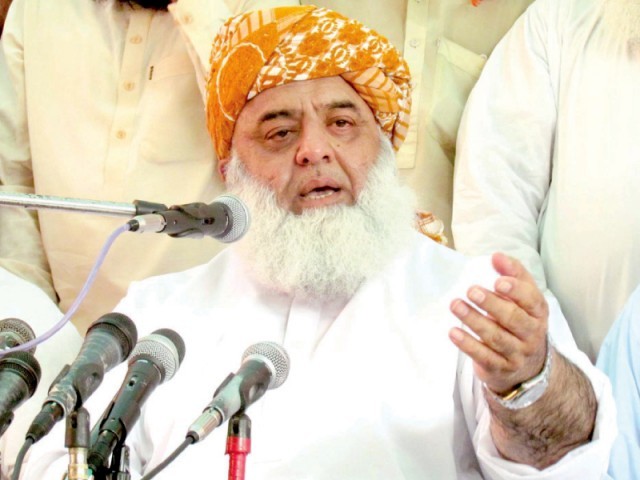 ISLAMABAD: Jamiat Ulema Islam-Fazal group chief Maulana Fazlur Rehman has said that he condemns the attack on young Malala Yousufzai, but who will protest the deaths caused by drone strikes, Express News reported on Friday.

Speaking to the media at the Islamabad airport, Rehman said that sometimes Salala and sometimes Malala were being made the pretext to eliminate a section of society and he condemns that strongly.

Fazlur Rehman was quick to point blame at erroneous policies of the government, which according to Rehman had resulted in the deaths of over 40,000 Pakistanis.

Rehman also hit out at some people who were condemning the attack on Malala, saying that the hands of such people were “soaked with blood” since they never condemn when a mosque is bombed.

He added that the attack on the young girl from Swat was condemnable, and termed it as an act of oppression which finds no precedent in Pushtun tradition.