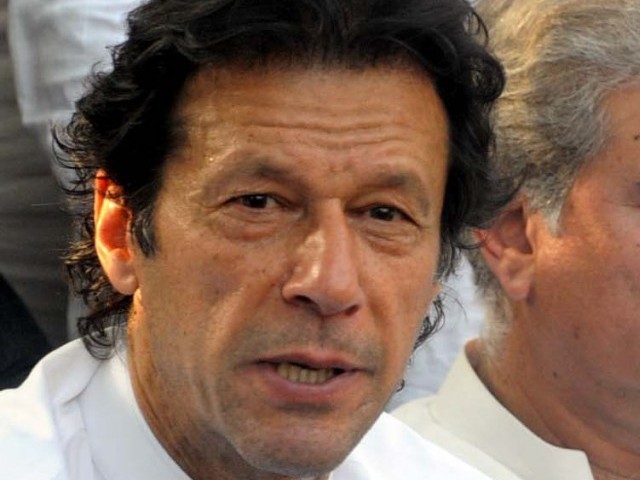 Real success would have been achieved if areas returned to normalcy immediately after operations ended, says Khan. PHOTO: EXPRESS/FILE

PESHAWAR: Pakistan Tehreek-i-Insaf (PTI) chairman Imran Khan reached Peshawar on Wednesday to meet gunshot victim Malala Yousafzai where he reiterated his stance on finding a “political solution” to the rising terrorism in the country.

Khan has stood against the ongoing military operations in tribal areas as well as the US drone strikes, maintaining that these tactics only help in producing more terrorists rather than eliminating them. This stance has made Khan the subject of massive criticism where his critics have dubbed him “Taliban” Khan claiming that he supports the terrorists.

The party leader stressed on Wednesday that the military operations being carried out for the past eight years have failed, but maintained that a military option should be retained as part of a bigger political process.

“Real success would have been achieved if the areas returned to normalcy immediately after the operations ended.”

Quoting government figures, Khan said that Rs90 billion were being wasted every month on the military operations.