Successful operation: Malala not to be sent abroad for treatment

Successful operation: Malala not to be sent abroad for treatment

Doctor­s at CMH remove bullet from Malala's body near her spinal cord, finish­ed operat­ion at around 5am.
By Umer Farooq / Reuters
Published: October 10, 2012
Tweet Email 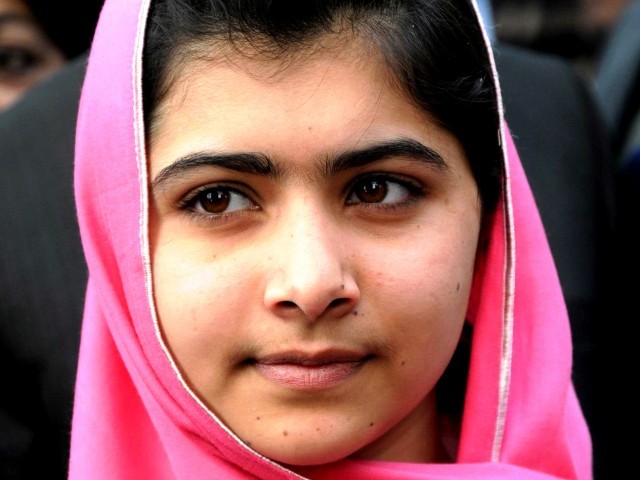 Doctor­s at CMH remove bullet from Malala's body near her spinal cord, finished operation at around 5am. PHOTO: RASHID AJMERI/EXPRESS/FILE

PESHAWAR: After surgeons removed a bullet on Wednesday from 14-year-old child activist Malala Yousafzai, it was decided that she will not be sent abroad for treatment, doctors said. She was shot by the Taliban for speaking out against the militants and promoting education for girls.

Doctors said they were forced to begin operating at around 2am Wednesday after Malala developed swelling in the left portion of her brain.

They removed a bullet from her body near her spinal cord and finished at around 5am.

“She is still unconscious and kept in the intensive care unit,” said Mumtaz Khan, head of a panel of doctors taking care of Malala at Combined Military Hospital (CMH) in Peshawar.

Malala began standing up to the Pakistani Taliban when she was just 11, when the government had effectively ceded control of the Swat Valley where she lives to the militants.

Her courage made her a national hero and many Pakistanis were shocked by her shooting.

The military flew Malala from her home in Swat, northwest of Islamabad, to Peshawar on Tuesday.

The shooting was denounced across Pakistan. The front pages of national newspapers carried pictures of a bandaged and bloody Malala being brought to hospital.

“Pakistan’s future belongs to Malala and brave young girls like her. History won’t remember the cowards who tried to kill her at school,” Susan Rice, the US ambassador to the United Nations, said on Twitter.

Tehreek-e-Taliban Pakistan (TTP) claimed responsibility for the attack saying Malala was “pro-West”, had been promoting Western culture and had been speaking out against them.

“Any female that, by any means, plays a role in the war against mujahideen should be killed,” said Taliban spokesman Ehsanullah Ehsan.

“We are dead against co-education and a secular education system.”

Zardari said he had directed that Malala be sent abroad for medical care.

A special aircraft had been sent to Peshawar in case doctors say she should be moved to the United Arab Emirates, said Zaibullah Khan, general manager of the city’s airport.

Pakistan Tehreek-e-Insaf chief Imran Khan said he was willing to pay for Malala’s medical treatment in Pakistan or abroad.

“Brave girl. Praying for her recovery,” he said on Twitter.

Khushal Public School, where Malala studies, has announced that it will remain closed for three days, while private schools have decided to remain closed, today.

Students will protest the attack in front of Mingora Press Club, today, while the Awami National Party will stage a demonstration in Swat.

PHCBA President Abdul Latif Afridi moved a resolution condemning the performance of the law enforcement agencies and seeking a change in policy of the Army regarding the Taliban.

Afridi said that if peace is not restored then the condition in Khyber-Pakhtunkhwa will become like that of Balochistan, adding that the security agencies were not fulfilling their duties.

Chief of Army Staff General Ashfaq Parvez Kayani arrived in Peshawar to see Malala and enquire about her health.

The security guard of Khushaal Public School and the driver of the van in which Malala was travelling when the attack took place have been detained by the police for investigations.