The song was record­ed in August last year and Veena has been busy with the video and photos­hoots since.
By News Desk
Published: October 2, 2012
Tweet Email 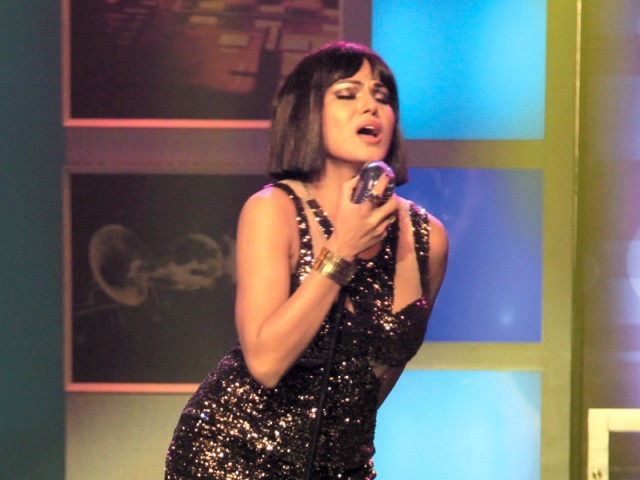 While Veena isn’t the most fluid in her movements as a dancer, and some of her moves seem forced, we’ll have to admit the number is catchy! PHOTO: PUBLICITY

If there is one person who knows how to stay current (and controversial) and milk their image to the hilt, it’s the bold and very unapologetic Veena Malik.

If you thought her shouting matches (and chemistry with Ashmit Patel) during “Bigg Boss” and topless photoshoot for FHM magazine were going to be her most controversial moments, Veena has ensured that she keeps the surprises coming. While struggling to make it big in Bollywood (or anywhere!) by signing on low-budget films with little known actors, the starlet has now officially launched her music career with ArtistAloud.com.

The starlet launched her debut single “Drama Queen” in New Delhi on Monday, and is hoping to work on more tracks for an album that is scheduled for release early next year. The album will host producers from across the world giving each song a different vibe, including collaboration with British Asian music producer Bups Saggu. The album is an exciting new venture for Veena aside from her film and TV career. “I’m so excited to release ‘Drama Queen’ to the world,” she said. “Everyone is always tagging me like this so I thought why not, let’s make a song on it!”

“People do call me a ‘drama queen’, and to some extent I am one. I feel every girl is a drama queen. The lyrics of the song represent every girl out there,” she said.

According to reports, the song was recorded in August last year and Veena has been busy with the video and photoshoots since. “The song is fun and cheeky at the same time,” said the starlet.

Veena Malik has definitely been working hard to stay fit. In the video, the 28-year-old actor is seen dancing at a club in clothes that show off her sexy figure. She carries off different looks ranging from a metallic corset and an embellished gold dress, to a short bob in blue during a scene where paparazzi is filming her in a bathtub. While Veena isn’t the most fluid in her movements as a dancer, and some of her moves seem forced, we’ll have to admit the number is catchy!

Here are some of the lyrics:

Always in the news.

Your boyfriend tujhe kare minus,

Goher Mumtaz is no longer single!