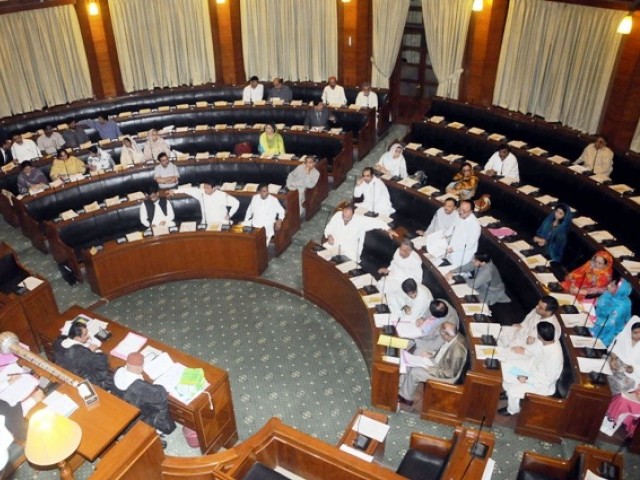 KARACHI: The Sindh Peoples Local Government Ordinance (SPLGO) was passed by the provincial assembly on Monday as coalition partners of the ruling Pakistan Peoples Party (PPP) created a ruckus to protest against it, Express News reported.

Coalition partners of the PPP had earlier also staged a protest in front of Sindh Assembly Speaker Nisar Khuhro’s dais as their request for sitting on the opposition benches was not fulfilled.

Jam Madad Ali had requested the speaker to allot them opposition benches as they had left the coalition to protest against the ordinance.

The request was followed by an altercation in the assembly and the members of the opposition sat on the floor in front of the speaker’s dais, with black bands strapped around their arms.

Khuhro ruled that the seats were allotted to other members of the assembly, including some ministers and hence they could not be allotted as yet.

The Sindh Assembly session began with a delay of 2.5 hours.