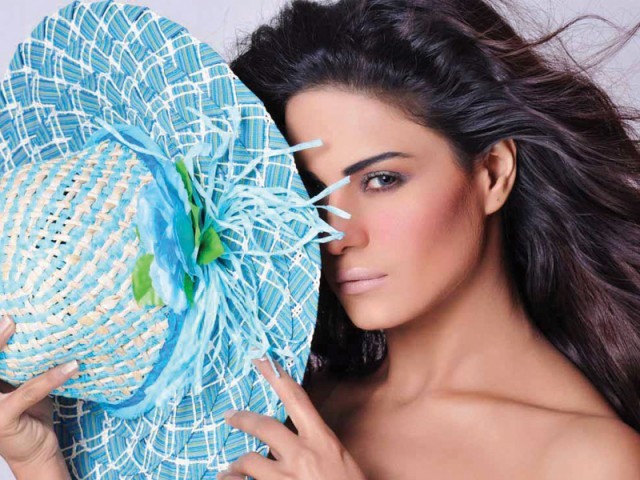 “No matter where I go, I feel like I am home,” says Veena. PHOTO: FILE

KARACHI: Controversy queen (and all time attention seeker) Veena Malik has been out of the limelight since her Ramazan stint on Hero TV’s “Astaghfar”. The actor says she is working in India but now missing Pakistan terribly.

Via a telephonic interview, Veena told The Express Tribune that she is homesick. “I personally believe wherever you get love, you feel good. If you get appreciation, it’s always overwhelming. The same is the case with me,” she said.

“I do miss Pakistan a lot. After all it’s my home. Yesterday I was thinking of coming back to my country on a vacation for at least 10 days,” she said. “No matter where I go, I feel like I am home. I thank God that I am no more living out of a suitcase.”

Currently, the notorious Veena is hosting a T20 World Cup show in New Delhi for India TV. She says she is happy for both countries’ success in the cricketing tournament so far. “It was a day of double treat for me [when both countries won]!” Malik has always boldly flaunted her love for the Pakistani cricket team, and especially Mohammad Asif. In a recent press release she claimed, “Asif is the real man for me and I miss him a lot. Out of all the moments I’ve spent with him, the best were the foot massages. I think he is a better foot massager than a cricketer.” Poor, Asif – as if he hasn’t caused himself enough shame already!

Veena’s upcoming project is Supermodel, a Bollywood film that explores the glamour world. Opposite her is actor Ashmit Patel, who was involved in the “Bigg Boss” scandal with the actor last year.

The actor is also anxiously waiting for her first solo song, “Drama Queen” to release next week. “Live concerts have been planned in places like New Delhi and Mumbai,” she said, thrilled at the idea of her singing debut. “Performing on stage like a rock star makes me super excited!”

“Ever since my childhood, I have imagined myself standing in front of thousands of people and singing. I never dreamt of becoming a Bollywood star. I am happy, and acting is something I enjoy but my ultimate dream is to become a singer,” she added.

Get the look: Fall hues