My best is yet to come, says Sridevi

My best is yet to come, says Sridevi

After a 15-year gap in her acting career, the actor believ­es she never left the film indust­ry.
By IANS
Published: September 30, 2012
Tweet Email 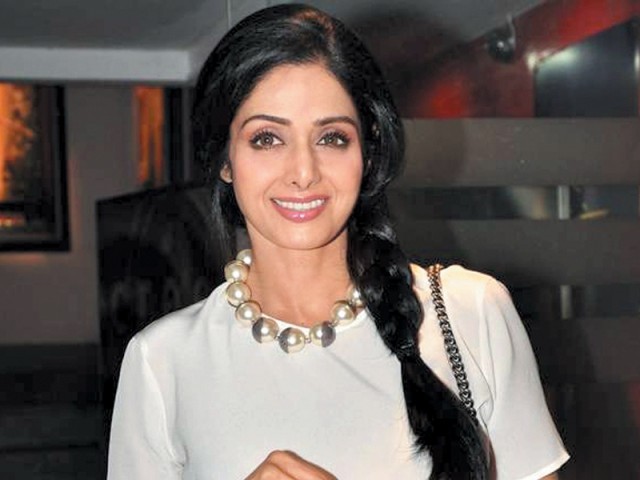 Sridevi is playing an Indian housewife in the US for English Vinglish. PHOTO: FILE

MUMBAI: More than 265 films in her oeuvre but Sridevi, the reigning queen of the ‘80s and ‘90s who is back after a 15-year gap with English Vinglish, says she is yet to deliver her best.

The “Hawa Hawaii” girl, who did scores of films in the south before making her mark in Bollywood with critically acclaimed portrayals in diverse films such as Sadma and Lamhe, has won four Filmfare awards — Hindi movies Chaalbaaz and Lamhe, Tamil film Meendum Kokila and Telugu venture Kshana Kshanam. But she still is not completely satisfied.

“I have not done much as an actor. There is no end for an artist and my best is yet to come. There are more creative characters to play which have no limits,” she added.

She is ready for another stint as the lead in Gauri Shinde’s directorial debut English Vinglish, which will release on October 5. Sridevi is playing an Indian housewife in the US, who is struggling to overcome the language barrier and identity issues.

Acting is her forte but direction is a complete no no, says the actor who is married to director-producer Boney Kapoor. The couple has two daughters, one 15 and the other 12 years old.

“Direction and all is not my cup of tea. It’s not an easy job,” she said, adding that she is familiar with production — thanks to her husband — but doesn’t understand the box office number game.

“I believe in good films and bad films. Box office business and all is my husband’s section. Sometimes I really get surprised when good films don’t do well and really shocked when an average film does very well,” she said.

A good script helps a film connect with the audiences, asserts the actor.

“It’s the script that should appeal. Script is the hero. Of course, there is a different category now, like Salman Khan and Shahrukh Khan — their aura itself works for them. Besides that, each picture should have a strong script,” she said.

She may be returning to the arc lights after 15 years but doesn’t want to tag it a comeback movie.

“I never felt I was out of this industry so I won’t term it as my return. Even when I used to go out, my fans used to always ask me, ‘When will we see you?’ I am so glad and thankful to my fans that I was always there in their hearts and they never forgot me.”

The actor belies her age and looks absolutely fit. The secret, she says, is just being happy.

“Love gives me the energy. There is no secret; whatever you are inside will reflect on your face. Just be happy and positive. Just look for the basic things every morning. You have to be happy from within and enjoy. Exercise, yoga, and systematic life definitely help you, but basically you have to be happy.”

The runway trends for Fall/Winter 2012