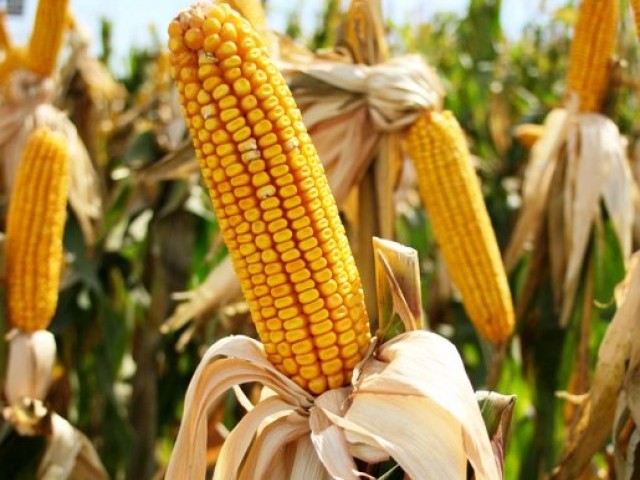 LONDON: In a study that has prompted sharp criticism from other experts, French scientists said on Wednesday that rats fed on Monsanto’s genetically modified corn or exposed to its top-selling weedkiller suffered tumors and multiple organ damage.

The French government asked the country’s health watchdog to investigate the findings further, although a number of scientists questioned the study’s basic methods and Monsanto said it felt confident its products had been proven safe.

Gilles-Eric Seralini of the University of Caen and colleagues said rats fed on a diet containing NK603 – a seed variety made tolerant to dousings of Monsanto’s Roundup weedkiller – or given water with Roundup at levels permitted in the United States, died earlier than those on a standard diet.

Experts not involved in the study were skeptical, with one accusing the French scientists of going on a “statistical fishing trip” and others describing its methods as well below standard.

The animals on the genetically modified (GM) diet suffered mammary tumors, as well as severe liver and kidney damage, according to the peer-reviewed study which was published in the journal Food and Chemical Toxicology and presented at a news conference in London.

The researchers said 50 per cent of male and 70 per cent of female rats died prematurely, compared with only 30 per cent and 20 per cent in the control group.

Monsanto spokesman Thomas Helscher said the company would review the study thoroughly. However, he added: “Numerous peer-reviewed scientific studies performed on biotech crops to date, including more than a hundred feeding studies, have continuously confirmed their safety, as reflected in the respective safety assessments by regulatory authorities around the world.”

Genetically modified organisms (GMOs) are deeply unpopular in Europe but dominate major crops in the United States after Monsanto introduced a soybean genetically altered to tolerate Roundup in 1996.

Experts asked by reporters to review the scientific paper advised caution in drawing conclusions from it.

Tom Sanders, head of the nutritional sciences research division at King’s College London, noted that Seralini’s team had not provided any data on how much the rats were given to eat, or what their growth rates were.

“This strain of rat is very prone to mammary tumors particularly when food intake is not restricted,” he said. “The statistical methods are unconventional … and it would appear the authors have gone on a statistical fishing trip.”

Mark Tester, a research professor at the Australian Centre for Plant Functional Genomics at the University of Adelaide, said the study’s findings raised the question of why no previous studies have flagged up similar concerns.

“If the effects are as big as purported, and if the work really is relevant to humans, why aren’t the North Americans dropping like flies? GM has been in the food chain for over a decade over there – and longevity continues to increase inexorably,” he said in an emailed comment.

David Spiegelhalter of the University of Cambridge said the methods, statistics and reporting of results were all below standard. He added that the study’s untreated control arm comprised only 10 rats of each sex, most of which also got tumors.

While supporters of GM crops say previous studies have overwhelmingly pointed to their safety, critics argue there is still limited information about the long-term effects since the crops have only been around for just over 15 years.

In France, where opposition to GMOs has led to a ban on growing such crops, the government said it had asked its health and safety agency to assess the study and had also sent it to the European Union’s food safety agency (EFSA).

“Based on the conclusion …, the government will ask the European authorities to take all necessary measures to protect human and animal health, measures that could go as far as an emergency suspension of imports of NK603 maize in the European Union,” the French health, environment and farm ministries said in a joint statement.

Seralini, the scientist at the centre of the latest research, previously raised safety concerns based on a shorter rat study in 2009. His new study takes things a step further by tracking the animals throughout their two-year lifespan.

Michael Antoniou, a molecular biologist at King’s College London, who helped draft the paper, told reporters at a London briefing that its findings highlighted the “need to test all GM crops in two-year lifelong studies”.

“I feel this data is strong enough to withdraw the marketing approval for this variety of GM maize temporarily, until this study is followed up and repeated with larger number of animals to get the full statistical power that we want,” he said.

Seralini believes his latest lifetime rat tests give a more realistic and authoritative view of risks than the 90-day feeding trials that form the basis of GM crop approvals, since three months is only the equivalent of early adulthood in rats.

France’s Jose Bove, vice-chairman of the European Parliament’s commission for agriculture and known as an opponent of GM, called for an immediate suspension of all EU cultivation and import authorisations of GM crops. “This study finally shows we are right and that it is urgent to quickly review all GMO evaluation processes,” he said in a statement.

The study is also likely to create friction in the United States, where opponents of genetically engineered foods in California are fighting to have all GMOs removed from the food supply.

Correction: An earlier version of this article incorrectly ran a wheat plant picture. The error is regretted.

US has unrealistic expectations with Pakistan on Taliban talks: Ex-ISI chief