The Raja who gave away his kingdom

The Raja who gave away his kingdom

When Bhutto was depose­d in 1977, Raja Tridiv Roy was carted off in 1981 on an ambass­adorsh­ip to far away Argent­ina.
By Our Correspondent
Published: September 18, 2012
Tweet Email 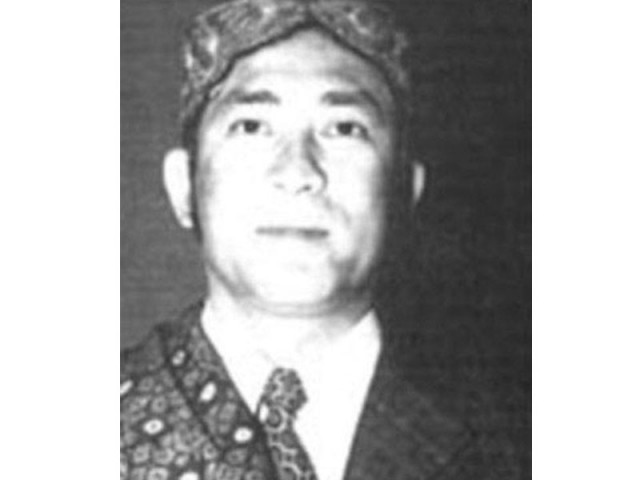 Raja Tridiv Roy, minister-for-life, former government adviser, envoy and chief of the Chakma Tribals, died in Islamabad on Monday. He was 79. The late Raja Roy will be remembered as the man who gave away his kingdom so that he could be with Pakistan during one of the country’s most turbulent periods.

Born in Rajbari, Rangamati, Chittagong Hill Tracts in 1933, he was installed as the hereditary Chakma Raja in 1953. This is a position that he later abdicated, giving control to his son.

A Buddhist by faith, Raja Tridiv Roy, left East Pakistan and came and joined the government of then president of Pakistan Zulfikar Ali Bhutto in the seventies. This despite the fact that he won the elections in 1971 as an independent candidate from his constituency.

Roy’s other distinction was that at one point he was also offered the position of president of Pakistan by Zulfikar Ali Bhutto, who himself had assumed the prime ministership of the country.

The reasons were clear: under the newly proclaimed constitution, the president would have to be a Muslim and Roy was not willing to change his faith. Also, Roy described the position as a “gilded cage.”

When Bhutto was deposed in 1977, Raja Tridiv Roy was carted off in 1981 on an ambassadorship to far away Argentina. He returned to Islamabad in 1996. Since then, he was head of the Pakistan Buddhist Society.

Looking back, it would be unfair to say that Raja Roy migrated because he saw the Pakistan government as a better option. He was the head of a protected community, which was in an unenviable position when hostilities started between the Pakistan government and the Mukhti Bahini. Things have to be viewed in a historical context to understand Roy’s decision, say observers.

In 1947, the CHT should have gone to India as it was largely non-Muslim in its make-up. But this did not happen and the new government did not forgive the Chakmas for their pro-Indian stance immediately prior to independence. The special status of the CHT was changed and misused to allow non-indigenous people to migrate into these lands. In the early sixties, a hydro-electric dam was built which submerged about 40 per cent of the cultivatable land of the area.

As troubles started between the Mukti Bahini and the Pakistan Army, the Chakmas, learning their lesson from history, decided to remain aloof.

During this period, Raja Tridiv Roy stood for elections as an independent candidate, after refusing an Awami League ticket offered by Sheikh Mujib. This put the Awami League against Roy and the Chakmas. After the creation of Bangladesh, Roy left for Pakistan, because he felt that the demands for keeping the CHT autonomous and independent would not be met by the Bangladesh government.

Roy felt that his options in the newly emerging Bangladesh were limited: despite being an elected member of his people, he feared being put behind bars or exterminated, or worse, “sacrificing my principles and objectives for personal gains.” He tried to push for the continuation of special status for CHT but saw that the new government in Bangladesh was not interested.

In one interview, Raja Sahab said that he had “no regrets”, for abdicating his position and moving to Pakistan but was unhappy with the shabby treatment he has received after being relieved of his position as the Pakistan Ambassador to Argentina.

The Chakmas, meanwhile, have not fared too well either. There are reports of forcible conversions and settlements in the CHT protected areas to change the demographic mix-up of this community. The fallout has resulted in the fleeing of many tribals to neighbouring India.

In the final analysis, it can be said that the person who detested gilded cages ended up living in one. The Chakma House in Islamabad, where Raja Sahab spent the final years of his life forgotten by the Pakistan government and the community he served.