The young artist turns to music as his form of self-expres­sion in the world.
By Sher Alam Shinwari
Published: September 15, 2012
Tweet Email 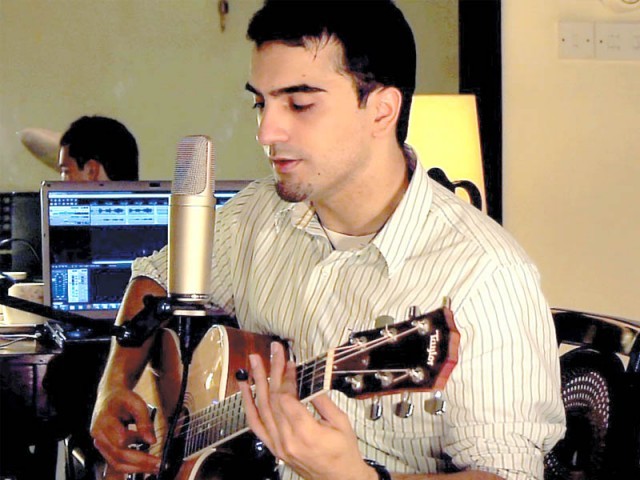 Jehangir won three major awards for his single “Pretend to Be” at the Indie Music Channel Awards 2012. PHOTOS: PUBLICITY

Born to furniture designer Nilofar Aziz and former Chief Secretary of Khyber Pakhtunkhwa Khalid Aziz, 23-year-old Jehangir Aziz Hayat has always been a passionate music buff. The release of his debut track “Between the Lines” in 2005 made Jehangir the first ever grunge musician in Pakistan.

He shot to widespread fame and his track “Pretend to Be” then led him to win three awards at the Indie Music Channels Awards in 2012 — Best Male Alternative Artist, Best Alternative Record and Best Alternative Video Under $5,000.

Lined with influences of Nirvana, Pantera and Megadeth, another track “Never Change” was released in 2005 and left many dazzled in Pakistan. In the first week of its release, the National Music Chart got a feel of Jehangir’s melody and nominated him for the Best Debut Award at the MTV Pakistan awards.

Jehangir is currently in Pakistan for his upcoming new releases, and in an interview with The Express Tribune he shared insights on his work and future plans.

What inspired you to turn to music?

Music is a medium of self-expression where I am able to voice and reflect on some of the apprehensions instilled in me. It allowed me to recognise the discernible differences between my perception and actuality.

What led you to play guitar? Why not any other local string instrument, such as the rabab?

I think the versatility of the overall genre and its main instrument, the guitar, made it all the more appealing. In my opinion, the composition that I had to deliver was better suited to a low-tuned guitar. However, I’d love to have the rabab incorporated into one of my tracks someday.

How do you feel about your experience of fame after the release of “Never Change”?

In hindsight, I believe I was not fully prepared for the release. Abruptly being in the spotlight after total obscurity did not help me get a better perspective on things. However, I am grateful for the opportunity.

What about remixing your compositions to fuse with your native tunes?

It would be interesting to combine the elements of grunge with Pashto folk music. I will probably end up making some tracks fusing the two genres once I get a better understanding of their integration.

How do you see the local Pashto music scene?

Our music scene is full of incredible talent. People like Sarmad Ghafoor, Sajid Ghafoor and Zeeshan Parwez have come up with some amazing work despite the limitations faced by local musicians due to the unavailability of opportunities and proper institutions.

You are completing your Bachelors degree at the moment, what career path do you hope to follow thereafter?

I’d love to continue the family furniture business of M. Hayat and Brothers (PVT) Ltd. if circumstances permit. Recently, I have been very interested in the development aspect of economics. Hopefully I’ll have a better perspective on things once I have completed my degree.

What are your upcoming projects?

I am currently working on the drums for the new album. The sound of the new album is influenced by some of the grunge and alternative bands I used to listen to back in the day. If I compare this record to the previous one, I’d say this one has a better sense of direction as far as songwriting is concerned. The album will have twelve tracks altogether and will be released sometime during this year. Hopefully, it will more aptly capture my identity and individuality.

Sangakkara named cricketer of the year at ICC awards