The military and the law

The military and the law 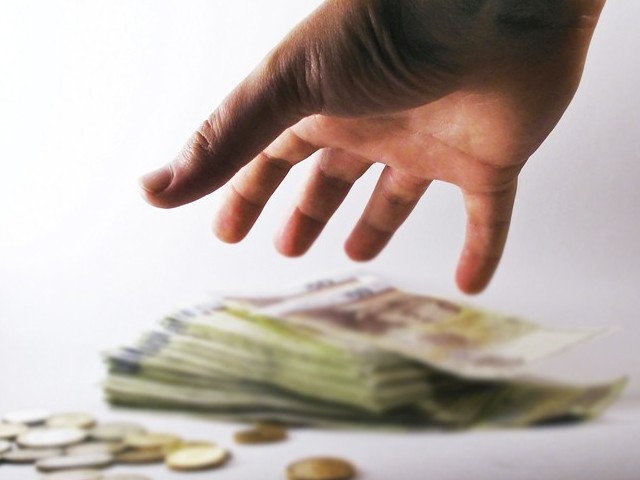 The case against the NLC is about the loss of Rs1.84 billion to the civilian exchequer when top NLC officers illegally invested Rs4.3 billion in the stock market and caused a Rs1.8 billion loss in the process.

The National Accountability Bureau (NAB) is investigating a scandal related to the military-run National Logistics Cell (NLC) and cannot proceed because the GHQ, in order to prevent proceedings under normal law of the land, has decided to take the accused officers out of retirement and try them under court martial general.

The case against the NLC is about the loss of Rs1.84 billion to the civilian exchequer when top NLC officers illegally invested Rs4.3 billion in the stock market and caused a Rs1.8 billion loss in the process. Parliament’s Public Accounts Committee (PAC) directed NAB in July 2011 to proceed against three former generals and two civilians involved in this scam. The decision to make the shady investment was taken by Lt Gen (retd) Khalid Munir Khan, Lt Gen (retd) Mohammad Afzal Muzaffar and Maj Gen (retd) Khalid Zaheer Akhtar.

NAB, which is also headed by a retired military officer, could not proceed against these officers because several meetings between the NAB chief and the army chief came up against the latter’s resistance to the idea of letting the retired generals be prosecuted. Instead, NAB has told the PAC that it will now proceed only against the civilian officers of the NLC involved in the case. It is faced with the problem of investigating the alleged culprits in the case without the benefit of the earlier inquiry by the GHQ and questioning the two civilians at the NLC without access to the organisation’s decision-making military officers.

Pakistan is on the horns of a dilemma: how to deal with an institution that is constitutionally subordinate to municipal law but supreme in power in reality. Constitutionally, Pakistan is a normal state but in terms of state theory it is a ‘national security state’, cemented into the national psyche as a military-led entity with a revisionist mission statement embedded in the textbooks. The official history of the country tells us that it has been ruled repeatedly by military dictators, some of them quite popular during the times they ruled. The latest scandal has broken on September 6 or the Defence of Pakistan Day, which the country celebrated quietly with TV channels lionising the military as a ‘victor’ against Pakistan’s enemies, even saying that the next war is going to be with ‘different’ enemies, subliminally suggesting that India as a foe has been supplanted by America.

There are a number of things to be considered. The GHQ may think that this is the wrong moment for the military to face an avalanche of negative publicity, especially after being hauled over the coals in Balochistan by the Supreme Court, in connection with ‘disappeared people’. There is no doubt it has interviewed the retired generals and has found that they went to the stock exchange with good faith but were misled with wrong advice. The GHQ could also be wary of NAB because of the rumours of its politicisation.

It may also think that a parliament that thinks nothing of losing hundreds of billions through civilian scams was hardly the authority to order the investigation of an institution that has so far stayed out of the limelight of scandals. There may be justification in the thought that since the government allows the NLC to be operated by military officers under the blanket concept of  ‘state security’, it must adhere to its vow of secrecy, especially as the stock market blunder could involve details that would look bad if they came out during investigation. The NLC was said to be involved in activities alleged by the enemies of Pakistan to be related to Pakistan’s nuclear programme.

However, the avalanche of negative publicity is already teetering on the brink through the media. The impression of exemption from the law and there being two laws in the country on the basis of  ‘national security’ is no longer something that Pakistan can live with. Already, the military is being challenged on this in Balochistan. Exemption of any sort will not fly any more. It is possible, however, that NAB may find the defence of the accused officers credible enough to recommend mitigation.